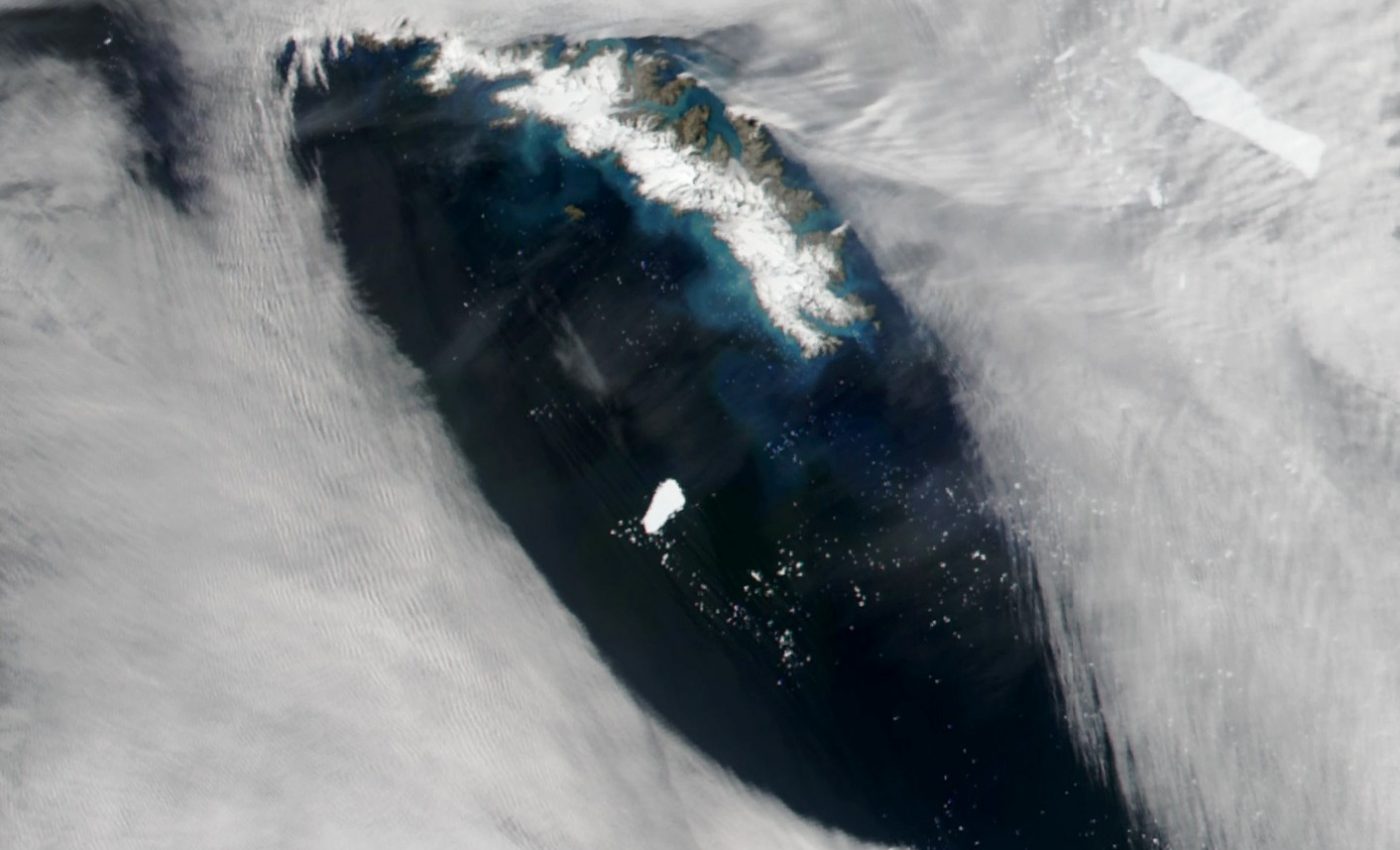 Antarctic iceberg continues to drift close to South Georgia. Today’s Image of the Day from NASA Earth Observatory features a giant Antarctic iceberg that has been drifting in the southern Atlantic Ocean since July of 2017.

The iceberg, known as A-68A, was the size of Delaware when it first split from the Larsen C Ice Shelf. For over a month, A-68A has been drifting toward the remote Atlantic island of South Georgia.

The NOAA-20 satellite image shows the iceberg on January 11, 2021, along with two large pieces that broke off in December.

Despite moving very close to South Georgia, A-68A and its smaller ice chunks are not grounded and continue to drift with the currents. Antarctic iceberg continues to drift close to South Georgia. Antarctica is Earth’s southernmost continent. It contains the geographic South Pole and is situated in the Antarctic region of the Southern Hemisphere, almost entirely south of the Antarctic Circle, and is surrounded by the Southern Ocean. At 14,200,000 square kilometres (5,500,000 square miles), it is the fifth-largest continent and nearly twice the size of Australia. At 0.00008 people per square kilometre, it is by far the least densely populated continent. About 98% of Antarctica is covered by ice that averages 1.9 km (1.2 mi; 6,200 ft) in thickness, which extends to all but the northernmost reaches of the Antarctic Peninsula. Antarctica, on average, is the coldest, driest, and windiest continent, and has the highest average elevation of all the continents. Most of Antarctica is a polar desert, with annual precipitation of 200 mm (7.9 in) along the coast and far less inland; there has been no rain there for almost 2 million years, yet 80% of the world freshwater reserves are stored there,