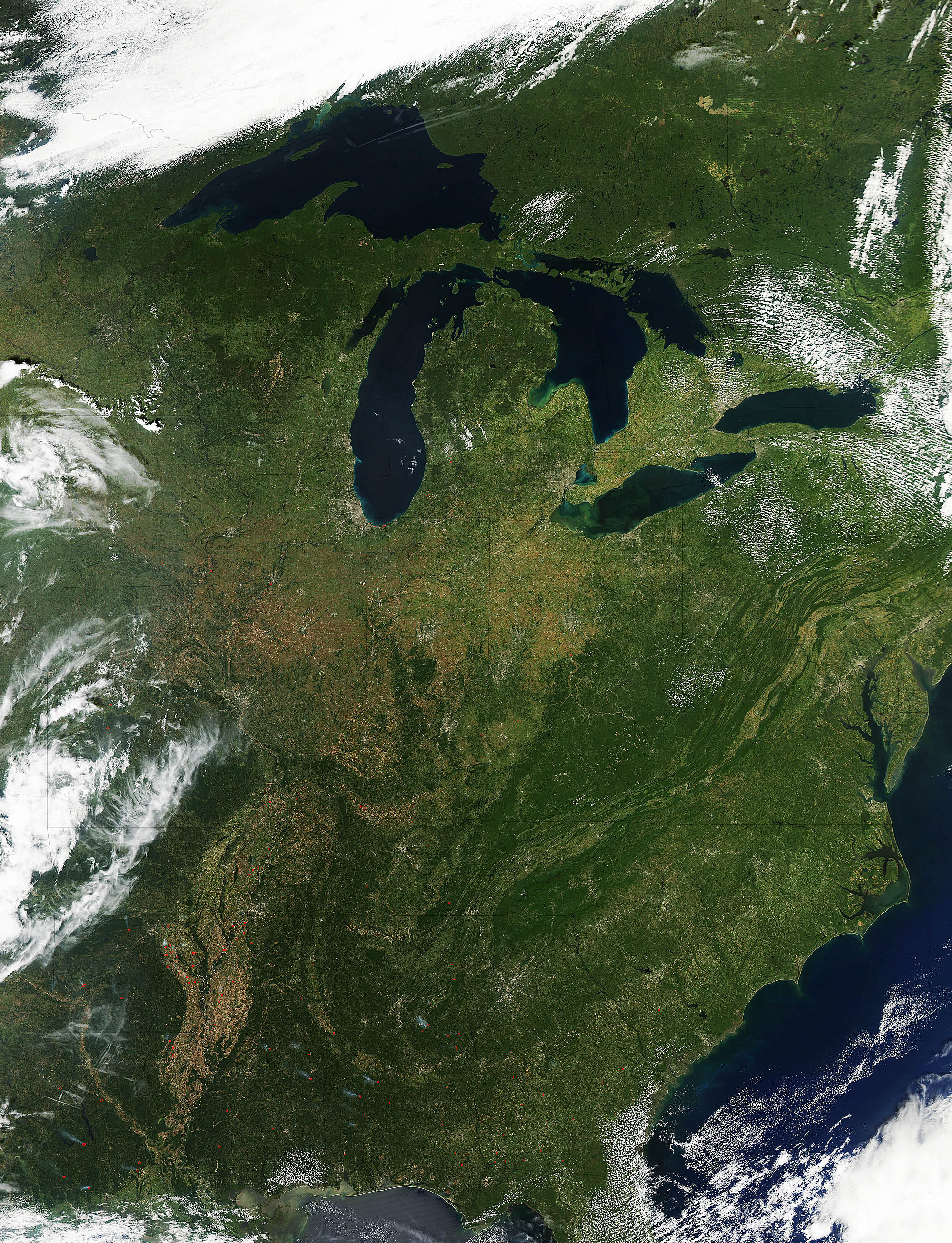 The five Great Lakes are the most prominent feature in the northern section of this image. Forming the largest surface freshwater system on Earth, the interconnected lakes are an integral part of life for the greater than thirty million people who reside in the Great Lakes Basin. From northwest to southeast they are called Lake Superior, Lake Michigan, Lake Huron, Lake Erie and, farthest eastward, Lake Ontario.

North of the Great Lakes the boreal forests of Canada appear dark green, especially in areas where dark-needled evergreen trees are abundant. South of the border the greens fade into tan as the thinning forests and scrubland gives way to prairie and agricultural cropland. As fall approaches the crops – especially wheat, corn, and soybeans – turn tan as they become ready to harvest. The agricultural areas are most prominent in Illinois, Indiana, and Ohio.

Fires are scattered across the region, especially in southern agricultural areas. The highest concentration of fires, which are marked by red hot spots, can be seen along the Mississippi River, especially in the broad flood plain which is heavily cropped.

Fires also are scattered across southern Georgia, while the city of Atlanta, which lies in northern Georgia, appears something like a gray star against the green background. The gray is evidence of man-made structures, including roadways that lead away from the center of the city. Additional evidence of human activity can be seen further to the northeast, where the I-95 corridor runs from northern Virginia, through the District of Columbia and Baltimore, then through Philadelphia and points north.