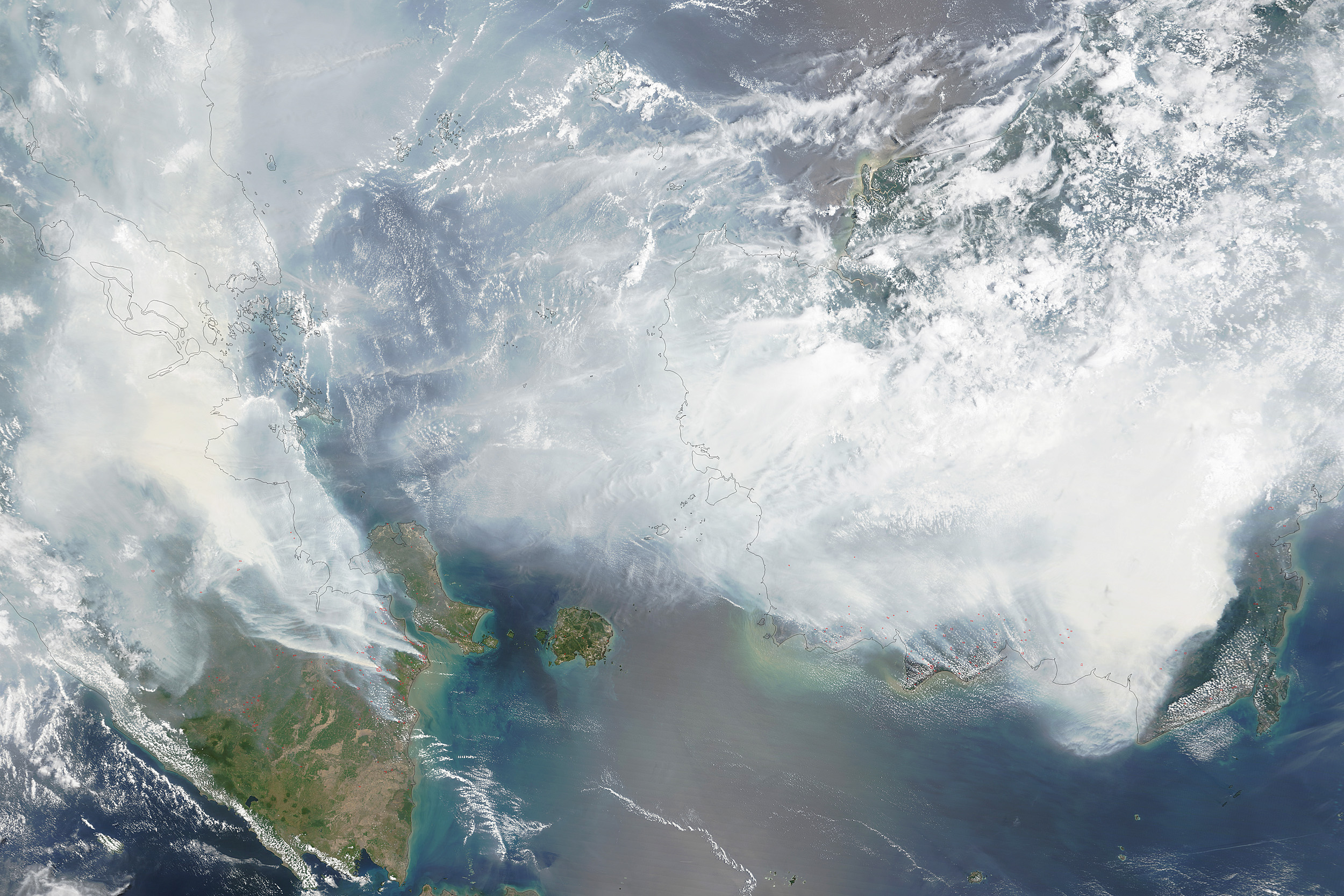 You have likely heard that an unusually strong El Niño has been brewing in the Pacific Ocean. The term was originally used by fishermen of northern Peru to describe a warm southward coastal current that occasionally develops around the Christmas season; thus, the Spanish name referring to “the Christ Child.” Now meteorologists use the label to describe large increases in sea surface temperatures in the eastern and central equatorial Pacific that occur at irregular intervals. Also El Niño Brought Drought And Fire To Indonesia and many other damages.

El Niño events are closely watched by meteorologists because a strong event is capable of altering weather patterns in many parts of the world. One of the most predictable consequences of a strong El Niño is a change in rainfall patterns over Indonesia. During El Niño years, rain that is normally centered over Indonesia and the far western Pacific shifts eastward into the central Pacific; as a result, parts of Indonesia experience drought.

That is what happened in 2015. Satellite observations of rainfall over Indonesia, captured by the Global Precipitation Measurement (GPM) mission, reveal diminished rainfall over parts of Borneo and Sumatra in September 2015. In the map at the top of the page, bright colors represent areas that received the most rainfall. Blue areas saw minimal amounts of rain. Gray areas received no rain. El Niño Brought Drought And Fire To Indonesia

Plenty of rain fell in northern Sumatra in September, but almost none fell over southern Sumatra. The same was true of Borneo: rain fell in Malaysia, while Central and South Kalimantan were dry. This dry weather was especially problematic because it intensified seasonal fires, which are intentionally lit by farmers to clear land and manage crops. However, many fires escaped their handlers and burned uncontrolled throughout September and October, blanketed Indonesia in dangerous levels of smoke for several weeks. On September 24, the Moderate Resolution Imaging Spectroradiometer (MODIS) on NASA’s Terra satellite acquired an image (lower) of smoke darkening Indonesian skies. Red outlines indicate hot spots where the sensor detected fires.

The severe fire season in Indonesia may be a harbinger for other parts of the world. The Amazon forests of Central and South America face an increased risk of fires in 2016 due to the ongoing El Niño, noted James Randerson, a scientist at the University of California, Irvine, during a press conference at the American Geophysical Union meeting in December.