El Niño Should Be Near Its Peak 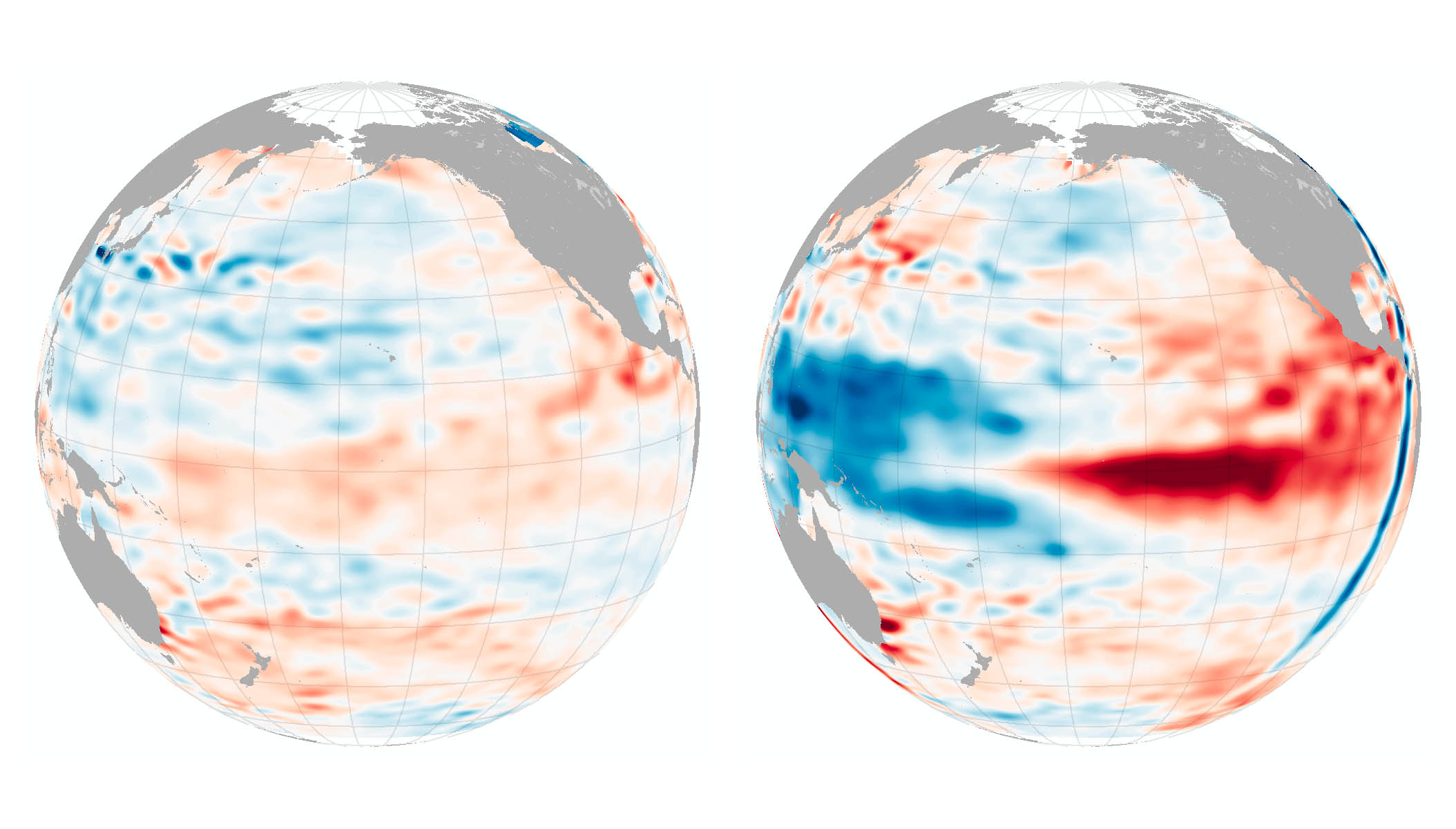 If past events help predict future ones, then we have probably reached the peak of the 2015–2016 El Niño. Warmer-than-average waters in the eastern tropical Pacific Ocean should start to cool off and shift westward. By summer, the tropical Pacific might be back in a neutral state or La Niña cooling could kick in, as it did after major El Niños of the past. But will the ocean respond in 2016 the way it did in 1998 and 1983? Given that the planet is hotter than at any time in the past 135 years, there are no guarantees.

According to researchers from the National Oceanic and Atmospheric Administration, water temperatures in the Niño3.4 region of the tropical Pacific—an area that is usually the focal point of such events—broke a record in December 2015. Sea surface temperatures averaged 2.38° Celsius above the norm, surpassing December 1997, which was 2.24°C above normal. For October through December 2015, the three-month temperature average for the Niño3.4 region was equal to the record high from the same months in 1997.

The data maps above compare sea surface heights in the Pacific Ocean as measured by NASA on January 17, 2015, before the event began, and on January 18, 2016. Note that the January 2015 map shows remnants of a weak 2014 El Niño event that kick-started the intense 2015–2016 event. The maps below show conditions in the middle of each of the past 13 months as El Niño has developed.

The measurements come from the altimeter on the Jason-2 satellite and show averaged sea surface height anomalies. Shades of red indicate where the ocean stood higher than the normal sea level; warmer water expands to fill more volume. Shades of blue show where sea level and temperatures were lower than average (water contraction). Normal sea-level conditions appear in white.

In its January 14 update, NOAA’s Climate Prediction Service stated: “A strong El Niño continued during December, with well above-average sea surface temperatures across the central and eastern equatorial Pacific Ocean…El Niño has already produced significant global impacts and is expected to affect temperature and precipitation patterns across the United States during the upcoming months…Most models indicate that a strong El Niño will weaken with a transition to ENSO-neutral during the late spring or early summer.”

Tony Busalacchi, an oceanographer at the University of Maryland, noted that precipitation has so far “followed the classic El Niño patterns” observed in the 1997–98 and 1982–83 events. For instance, in the southern United States, the winter has been cooler than normal and quite wet. The Pacific Northwest has also been soaked by rain and snow storms. Across the Pacific, Indonesia and other areas have been dry. “It has been another ‘event of the century’ much like the one we just had in 97–98. The question is: will this event bring California and other western areas out of drought? And how quickly will we flip into La Niña?”

Bill Patzert, a climatologist at NASA’s Jet Propulsion Laboratory, sees the potential for a second peak for this El Niño. He pointed to a recent relaxation in the trade winds and a west wind burst that could refuel the warming trend in the eastern Pacific. Weaker trade winds in the eastern Pacific allow west wind bursts to push warm waters toward the Americas. (Click here to watch Kelvin waves propagating across the ocean.) Patzert suspects February and March 2016 could still be very active months for El Niño-driven weather along the western coasts of the Americas.