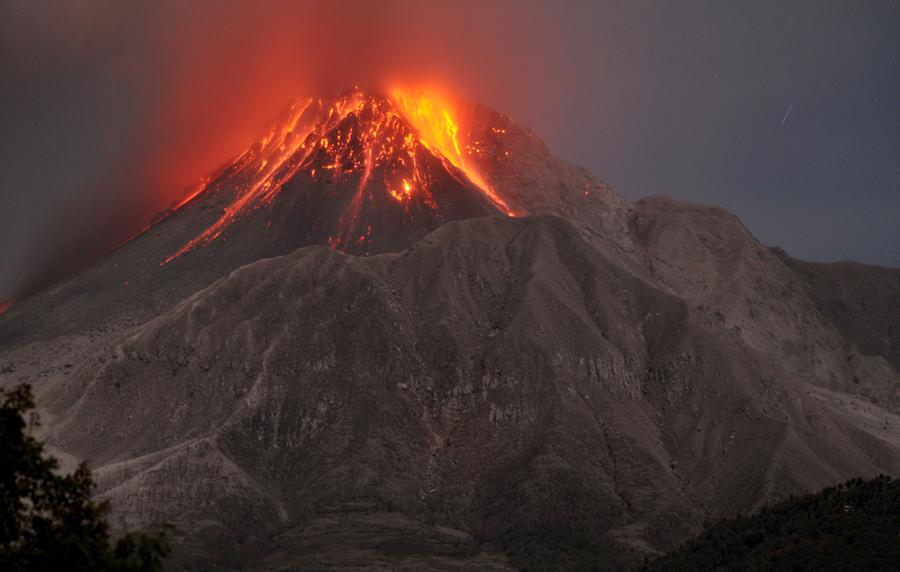 A faint tan plume of ash drifted west from the eruption of Soufriere Hills Volcano on April 24, 2006. Located on the Caribbean Island of Montserrat. This volcano had been quiet since 1630 until it erupted spectacularly starting on July 18, 1995. The tragic eruption caused fatalities and forced the evacuation of the southern half of the island, including the capital city, Plymouth.

The activity at the volcano captured in April 2006 was nowhere near as dramatic. When the Moderate Resolution Imaging Spectroradiometer (MODIS) on NASA’s Aqua satellite captured this image on April 24. Therefore the volcano was emitting a light plume of ash and steam. The ash is tan colored, mingled with a string of small white clouds similar to the clouds seen elsewhere in the image.