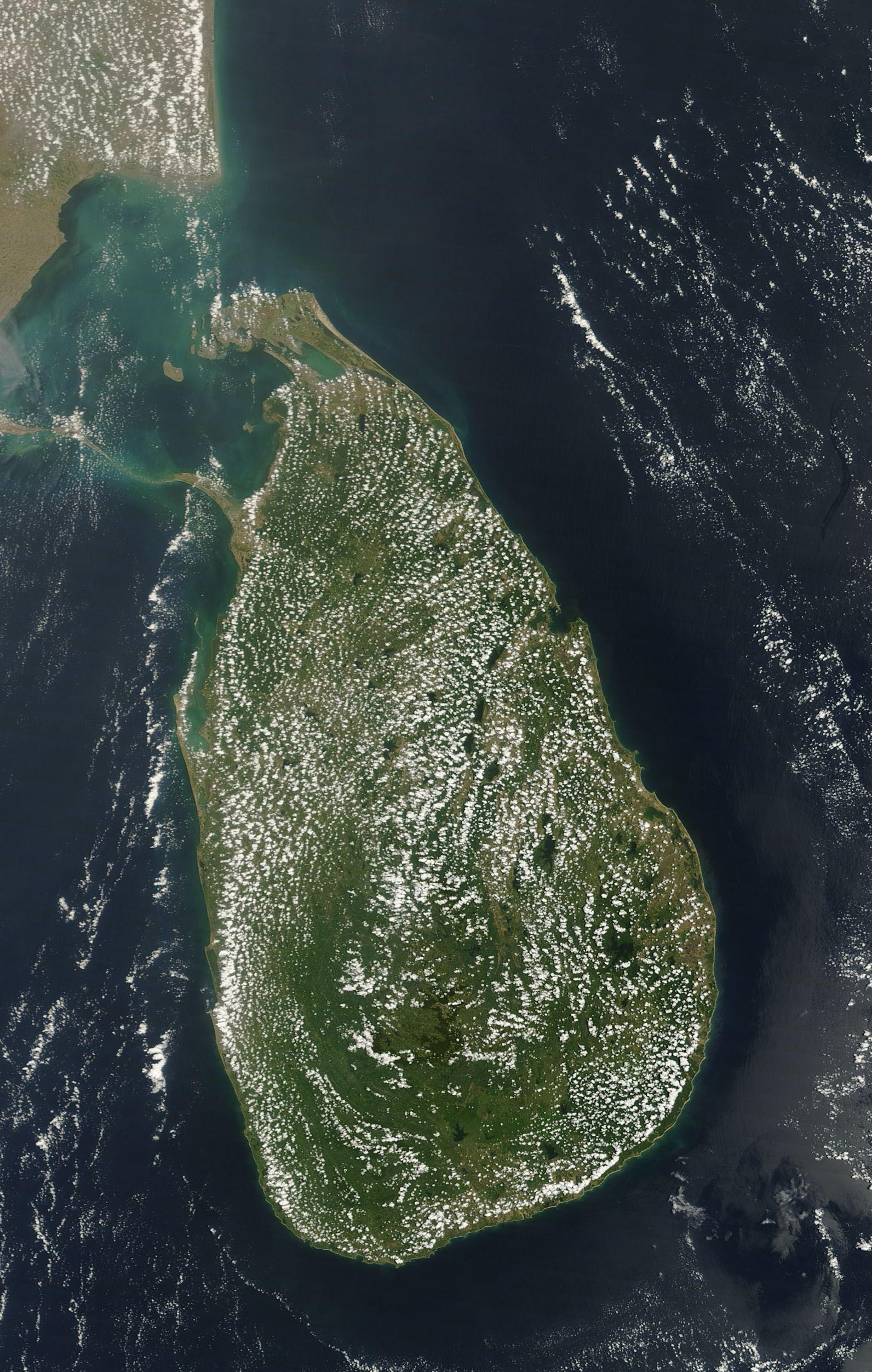 Today’s Image of the Day comes thanks to the NASA Earth Observatory and features a look at fair-weather cumulus clouds over Sri Lanka.

Fair-weather cumulus clouds, or cumulus humilis, have round tops and flat bottoms, and typically only last for about 45 minutes.

This image was captured by the Moderate Resolution Imaging Spectroradiometer on board NASA’s Aqua satellite.

Sri Lanka  Tamil: இலங்கை Ilaṅkai), officially the Democratic Socialist Republic of Sri Lanka, is an island country in South Asia, located in the Indian Ocean to the southwest of the Bay of Bengal and to the southeast of the Arabian Sea. The island is geographically separated from the Indian subcontinent by the Gulf of Mannar and the Palk Strait. The legislative capital, Sri Jayawardenepura Kotte, is a suburb of the commercial capital and largest city, Colombo.

Sri Lanka’s documented history spans 3,000 years, with evidence of pre-historic human settlements dating back to at least 125,000 years. It has a rich cultural heritage, and the first known Buddhist writings of Sri Lanka, the Pāli Canon, date back to the Fourth Buddhist council in 29 BC. Its geographic location and deep harbours made it of great strategic importance from the time of the ancient Silk Road through to the modern Maritime Silk Road.

Sri Lanka was known in the west and from the beginning of British colonial rule as Ceylon (/sɪˈlɒn/, US also /seɪˈlɒn/). A nationalist political movement arose in the country in the early 20th century to obtain political independence, which was granted in 1948; the country became a republic and adopted its current name in 1972. Sri Lanka’s recent history has been marred by a 26-year civil war, which ended decisively when the Sri Lanka Armed Forces defeated the Liberation Tigers of Tamil Eelam (LTTE) in 2009.[16]