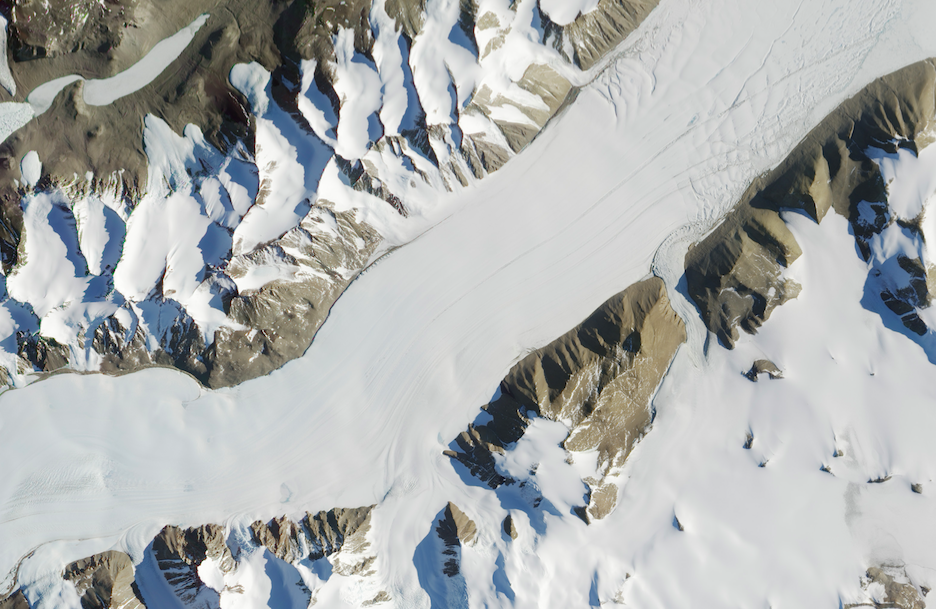 Today’s Image of the Day comes thanks to the NASA Earth Observatory and features a look at Ferrar Glacier in Antarctica.

This image was captured by the Advanced Land Imager (ALI) on board NASA’s Earth Observing-1 satellite.

Antarctica, on average, is the coldest, driest, and windiest continent, and has the highest average elevation of all the continents. Most of Antarctica is a polar desert, with annual precipitation of 200 mm (7.9 in) along the coast and far less inland; there has been no rain there for almost 2 million years, yet 80% of the world freshwater reserves are stored there.

The temperature in Antarctica has reached −89.2 °C (−128.6 °F) (or even −94.7 °C (−135.8 °F) as measured from space), though the average for the third quarter (the coldest part of the year) is −63 °C (−81 °F). Anywhere from 1,000 to 5,000 people reside throughout the year at research stations scattered across the continent. Organisms native to Antarctica include many types of algae, bacteria, fungi, plants, protista, and certain animals, such as mites, nematodes, penguins, seals and tardigrades. Vegetation, where it occurs, is tundra.