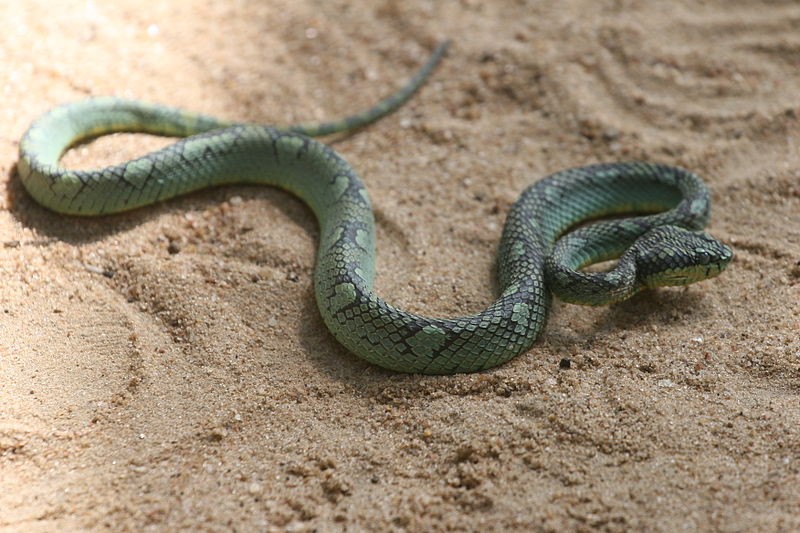 Snakebites are a serious global threat to public health, particularly in rural areas. According to a new study published in PLOS Neglected Tropical Diseases, snakebites cost Sri Lanka the equivalent of over 10 million dollars in medical expenses each year, with individual economic losses of nearly 4 million.

The typical victims of snakebites in poverty-stricken rural communities of Asia, Africa, and Latin America are young people who have labor intensive jobs. These young adults most often do physically demanding work such as farming, which must be put on hold for recovery from snakebites.

David Lalloo of the Liverpool School of Tropical Medicine led colleagues from the University of Kelaniya in the study. The team collected data from a nationwide survey conducted in Sri Lanka in 2013. They used the information to evaluate the annual number of snakebites and deaths from snakebites, and used additional household questionnaires and hospital records to estimate the overall costs of snakebites.

The study established that 79 percent of snakebite victims suffered economic loss. The grand total of individual economic loss in 2013 was the equivalent of 3.8 million dollars. The snakebites also placed a heavy financial burden on Sri Lanka’s health care system, costing 10.3 million USD in one year.

“It is unlikely that these costs will reduce in the near future as there is no indication that the high incidence of bites is declining,” said the authors of the study. “Even more concerning is the economic burden that snakebite places on victims and their households… It is highly likely in Sri Lanka that snakebite drives the same catastrophic costs for the poor as many other diseases.”