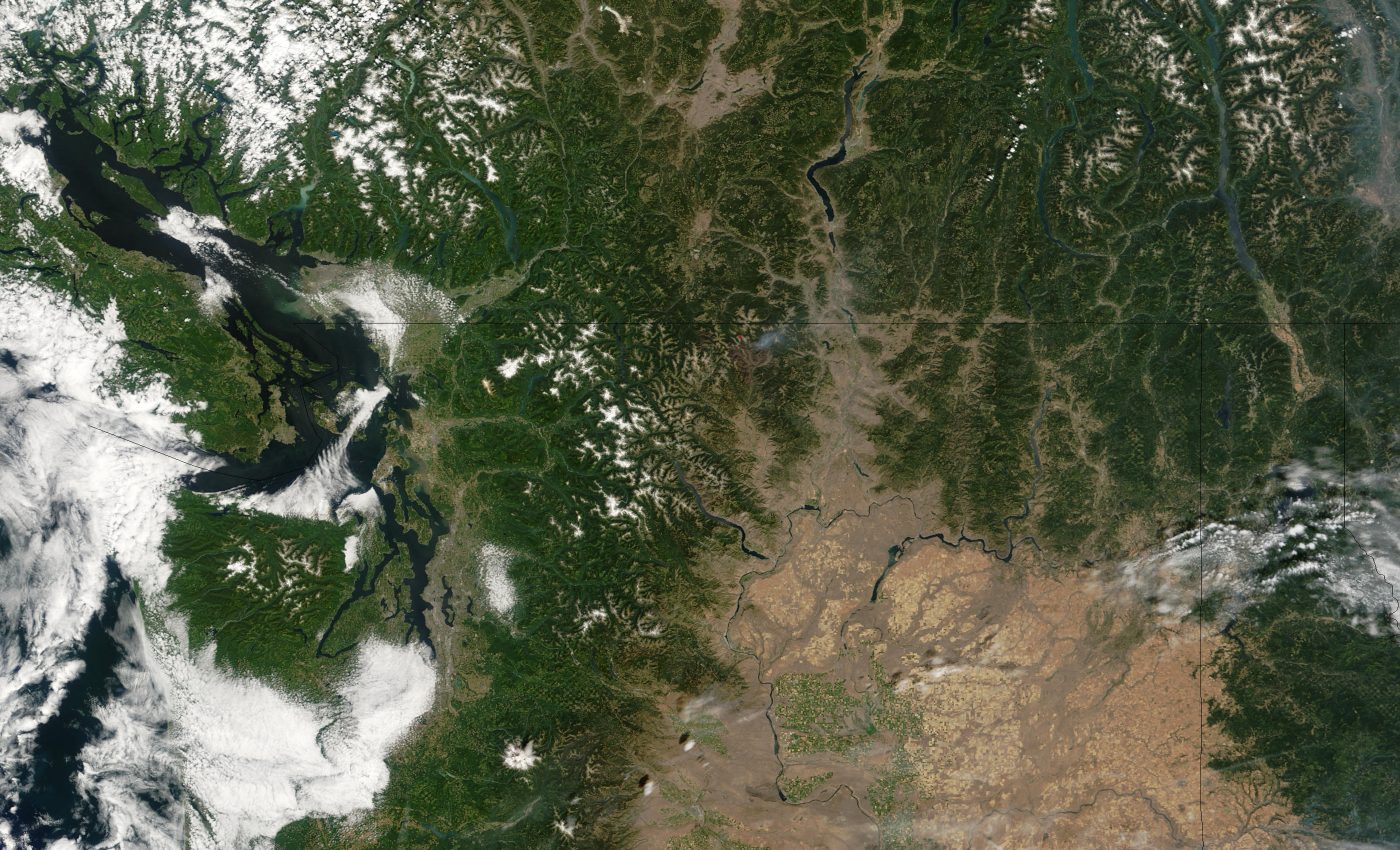 Fawn Peak Complex Fire, Washington. Smoke had cleared above the Fawn Peak Complex Fire in northern Washington on August 1, 2003, revealing three active fire fronts still burning (marked in red) as well as a large, brown burn scar on the mountains’ forested slopes. This image is from the Moderate Resolution Imaging Spectroradiometer (MODIS) on the Aqua satellite.

Washington is the 18th largest state, with an area of 71,362 square miles (184,827 km2), and the 13th most populous state, with more than 7.4 million people. Approximately 60 percent of Washington’s residents live in the Seattle metropolitan area. Also the center of transportation, business, and industry along Puget Sound, an inlet of the Pacific Ocean consisting of numerous islands, deep fjords, and bays carved out by glaciers. The remainder of the state consists of deep temperate rainforests in the west; mountain ranges in the west, central, northeast, and far southeast; and a semi-arid basin region in the east, central, and south, given over to intensive agriculture. Also these active wild fires burning across the state caused an enormous amount of smoke and change in the atmosphere. Washington is a leading lumber producer. Its rugged surface is rich in stands of Douglas fir, hemlock, ponderosa pine, white pine, spruce, larch, and ceda.