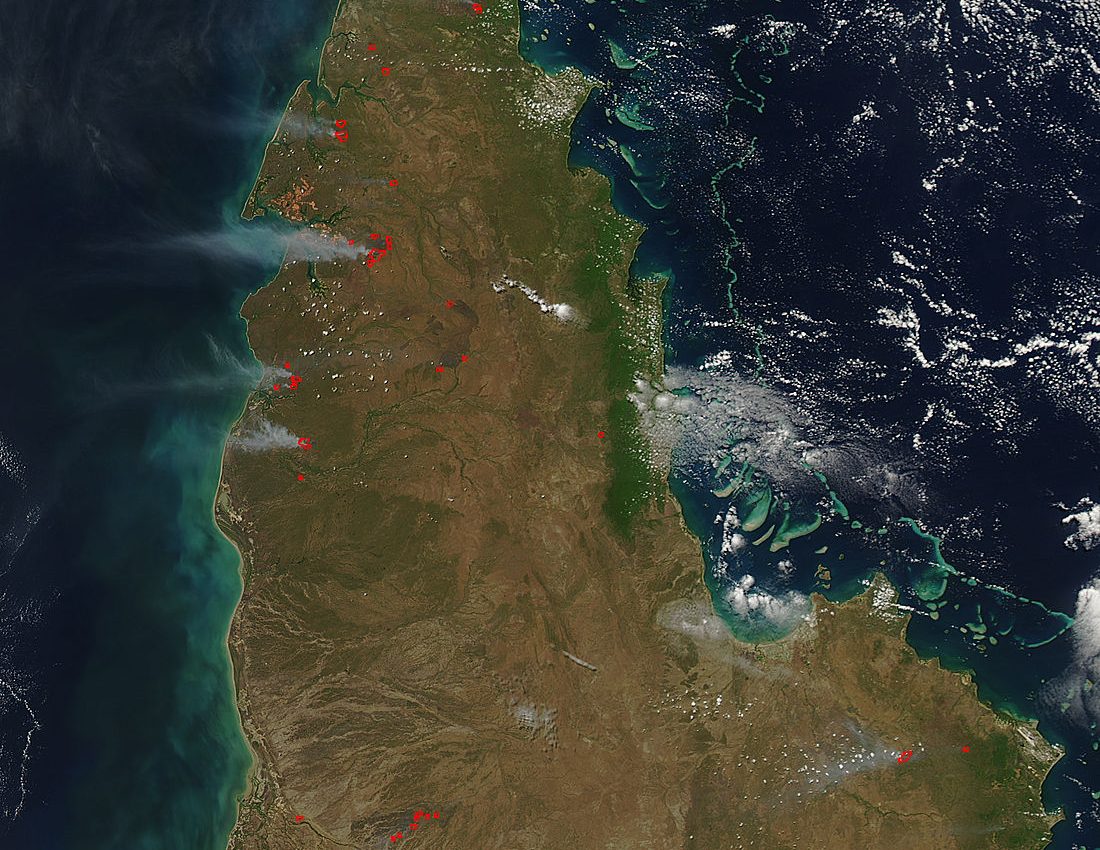 Intense fires, shown as red dots, burn on the Cape York Peninsula in Northern Australia. The image was captured by the Moderate Resolution Imaging Spectroradiometer (MODIS) on the Aqua satellite on October 31, 2003. To the left of the peninsula, sunglint has turned the sea silver. Sunglint happens when sunlight bounces off waves on the water’s surface and into MODIS’s “eye,” creating a kind of glare. On perfectly smooth water, the sun would appear as it does in the sky—as a bright, round orb. But when the water gets rougher, the reflection becomes more diffuse, which results in a wide band of silver sunglint, as Australia, officially the Commonwealth of Australia, is a sovereign country comprising the mainland of the Australian continent, the island of Tasmania, and numerous smaller islands.

Therefore It is the largest country in Oceania and the world’s sixth-largest country by total area. The neighbouring countries are Papua New Guinea, Indonesia, and East Timor to the north; the Solomon Islands and Vanuatu to the north-east; and New Zealand to the south-east. The population of 26 million is highly urbanised and heavily concentrated on the eastern seaboard. Australia’s capital is Canberra, and its largest city is Sydney. The country’s other major metropolitan areas are Melbourne, Brisbane, Perth, and Adelaide. shown here.