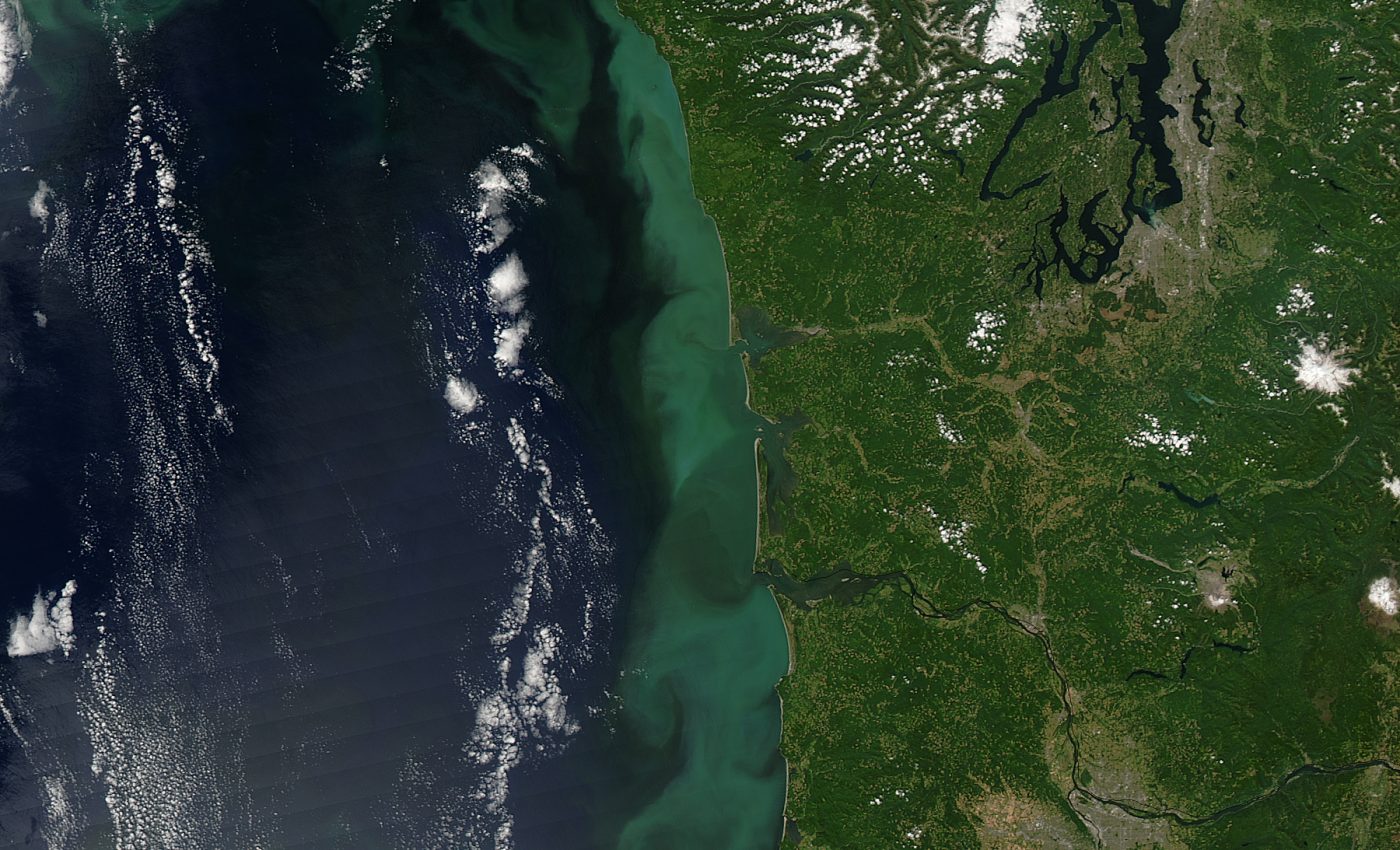 Canada Pacific Coast. Much like the coast of Norway, British Columbia’s coast is broken up by scores of fjords, many of them reaching far into the Coastal Mountain Range. Streaks of turquoise blue highlight some of the fjords; the color is a reflection off light off of sediments in the waters deposited there by rivers and streams. Where rivers meet the fjords, the water is often brown from high concentrations of sediment. (A fjord is a long, narrow, deep inlet of the sea surrounded by steep slopes.)

Even in the early fall, when this image was acquired, snow capped many of the peaks, providing stark contrast to the deep green of vegetation that covers the region year-round. The climate is moderate, mostly due to the influence of the warm Japan Current.

Just of the coast in the center of the image are the Queen Charlotte Islands, the largest of which is Graham Island. Like most of British Columbia, these islands are sparsely-populated, though well-known for their wilderness areas and natural beauty. Most of British Columbia’s population is concentrated in the southwestern corner in and around the city of Vancouver, which lies just east of the southern end of Vancouver Island (the large island in the bottom right corner).

This true-color Moderate Resolution Imaging Spectroradiometer (MODIS) image was acquired by the Aqua satellite on September 28, 2003.