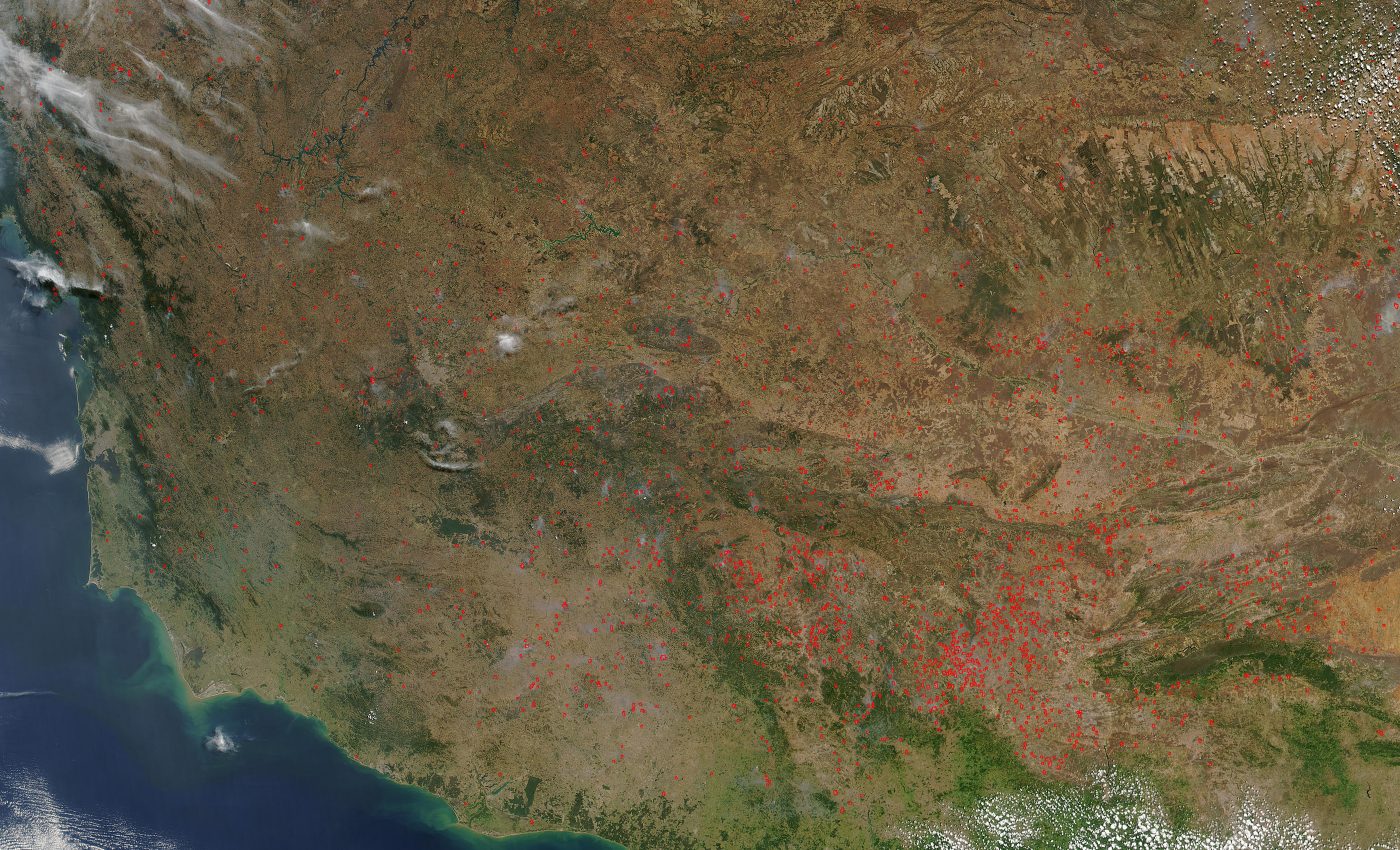 Fires Across Eastern Brazil. Hundreds of fires were burning across the Brazilian Highlands in southeastern Brazil on September 24, 2003. The Moderate Resolution Imaging Spectroradiometer (MODIS) on the Aqua satellite captured this image of the fires, which are marked with red dots. A cement-colored patch along the coastline at bottom center of the image is the city of Rio de Janeiro. Remnants of original forest make dark green splashes against the paler terrain, which is primarily used for agriculture.

Brazil (Portuguese: Brasil; Portuguese pronunciation: officially the Federative Republic of Brazil (Portuguese: República Federativa do Brasil, listen (help·info)), is the largest country in both South America and Latin America. At 8.5 million square kilometers (3.2 million square miles)and with over 208 million people, Brazil is the world’s fifth-largest country by area and the fifth most populous. Its capital is Brasília, and its most populated city is São Paulo. The federation is composed of the union of the 26 states, the Federal District, and the 5,570 municipalities. It is the largest country to have Portuguese as an official language and the only one in the Americas; it is also one of the most multicultural and ethnically diverse nations, due to over a century of mass immigration from around the world. 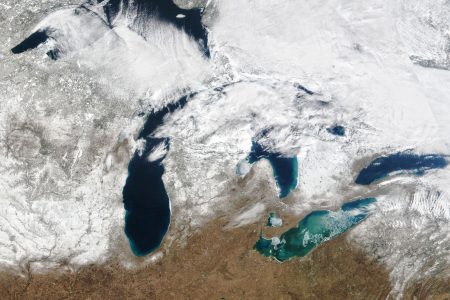