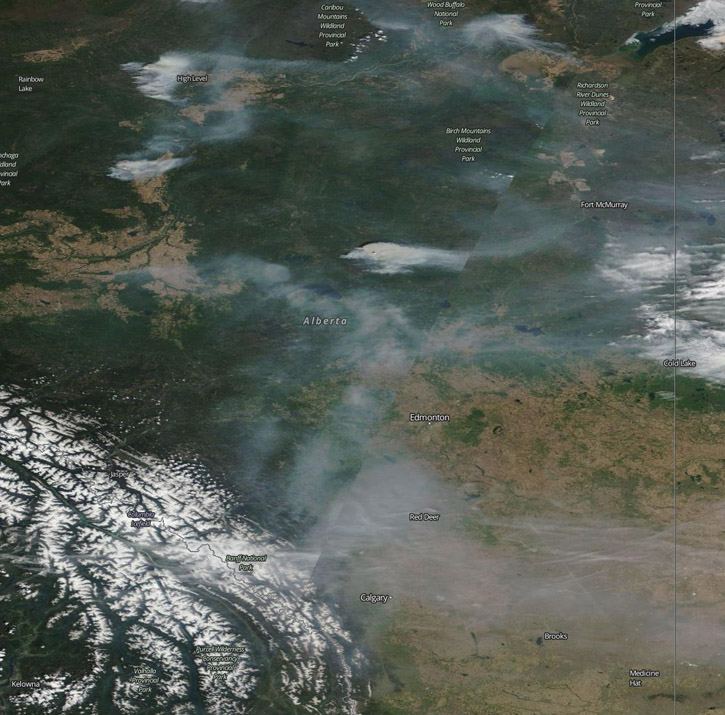 Fires Across Northern Angola. Dozens of smoky fires were burning in Angola on May 11, 2004, when the Moderate Resolution Imaging Spectroradiometer (MODIS) on NASA’s Aqua satellite captured this image. The fires, which have been marked with red dots, were probably started to manage land. Southern Zaire is shown on the top edge of the image. In the lower right corner, the dark green land seems to be covered in tan cracks formed by the network of rivers that feed the Cuando River.

The territory of Angola has been inhabited since the Paleolithic Era, hosting a wide variety of ethnic groups, tribes and kingdoms. The nation state of Angola originated from Portuguese colonisation, which initially began with coastal settlements and trading posts founded in the 16th century.

In the 19th century, European settlers gradually began to establish themselves in the interior. The Portuguese colony that became Angola did not have its present borders until the early 20th century because of resistance by groups such as the Cuamato, the Kwanyama and the Mbunda. Fires Across Northern Angola lay across the country destroying its terrain. Therefore in the image above you can see the smog and smoke.