Fires and Smoke Across Manitoba, Canada 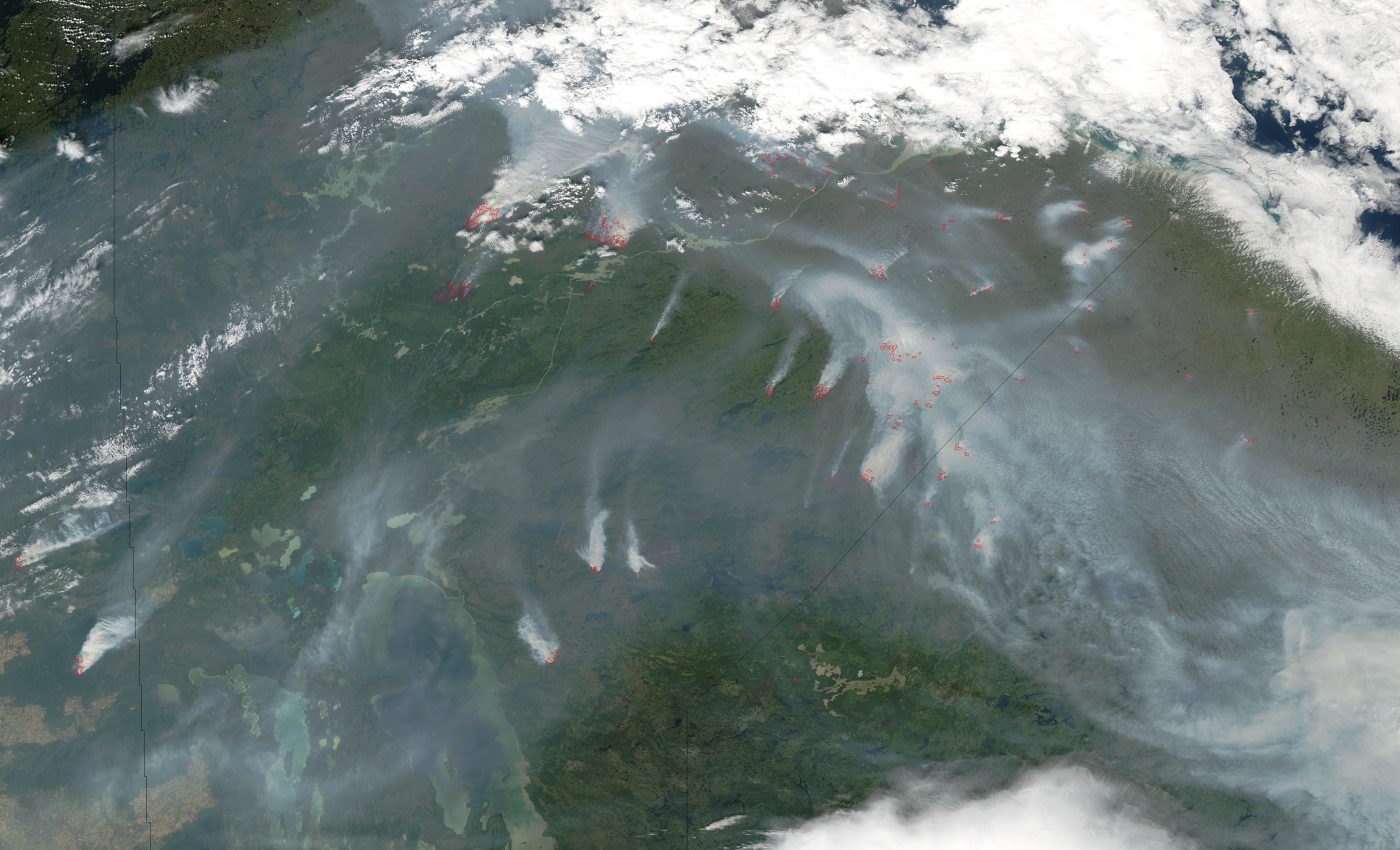 Fires and Smoke Across Manitoba, Canada. Beginning on August 1, 2003, dozens of large fires were burning across western North America in Canada (top half of images) and the United States (bottom half). Huge plumes of smoke were streaming northeastward from massive fires in Canada’s British Columbia (left) and Alberta (right) provinces, while across the international border, fires were burning in (left to right) Washington, Idaho, and Montana. This series of images was acquired by the Moderate Resolution Imaging Spectroradiometer (MODIS) on the Aqua satellite and Terra satellites.

Canada is a country in the northern part of North America. Its ten provinces and three territories extend from the Atlantic to the Pacific and northward into the Arctic Ocean, covering 9.98 million square kilometres (3.85 million square miles), making it the world’s second-largest country by total area. Its southern border with the United States, stretching some 8,891 kilometres (5,525 mi), is the world’s longest bi-national land border. Canada’s capital is Ottawa, and its three largest metropolitan areas are Toronto, Montreal, and Vancouver. Also Fires and Smoke Across Manitoba, Canada are common around the time of year. Therefore the image taken by satellite shows.