Fires in Brazil, Argentina, and Paraguay 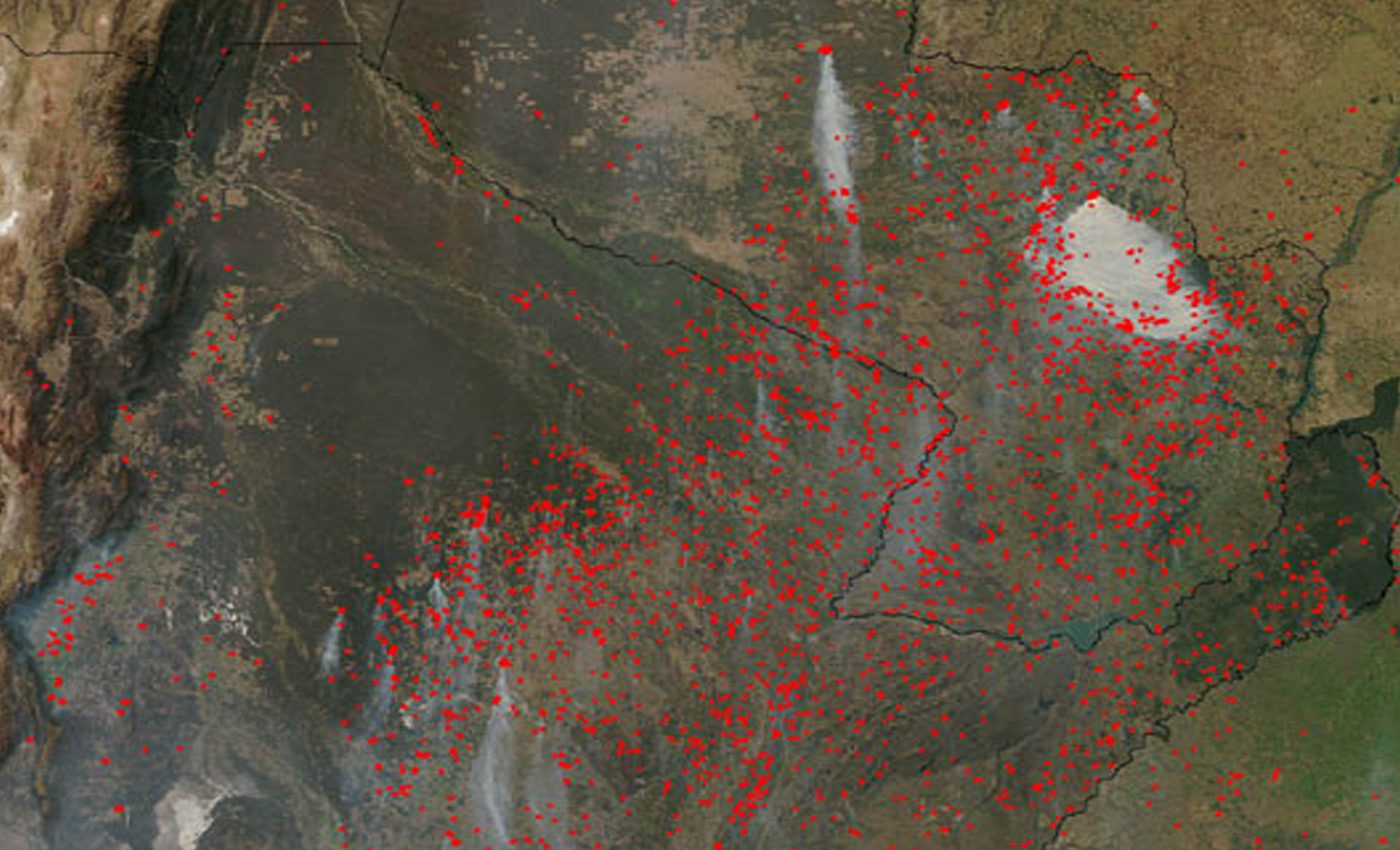 Fires in Brazil, Argentina, and Paraguay. Therefore are spread across the plains at the foothills of South America’s Andes Mountains (left edge) on August 20, 2003. Also This Moderate Resolution Imaging Spectroradiometer (MODIS) image from the Aqua satellite shows hundreds, possibly thousands of “hot spots” spread across (clockwise from top left) Bolivia, Paraguay, Brazil, and Argentina. In eastern Paraguay, a huge plume of smoke spreads out like a fan over the terrain, while more diffuse smoke stretches over the bottom left of the scene.
The high-resolution image provided above is 500 meters per pixel. The MODIS Rapid Response System provides this image at MODIS’ maximum spatial resolution of 250 meters.

Bounded by the Atlantic Ocean on the east, Brazil has a coastline of 7,491 kilometers (4,655 mi). It borders all other countries in South America except Ecuador and Chile and covers 47.3% of the continent’s land area. The earliest recorded human presence in modern-day Argentina dates back to the Paleolithic period. The Inca Empire expanded to the northwest of the country in Pre-Columbian times.

Also Spanish conquistadores arrived in 1524 after navigating northwards from the Río de la Plata to the Paraná River, and finally up the Paraguay River.