Fires And Smoke In Northern Alaska 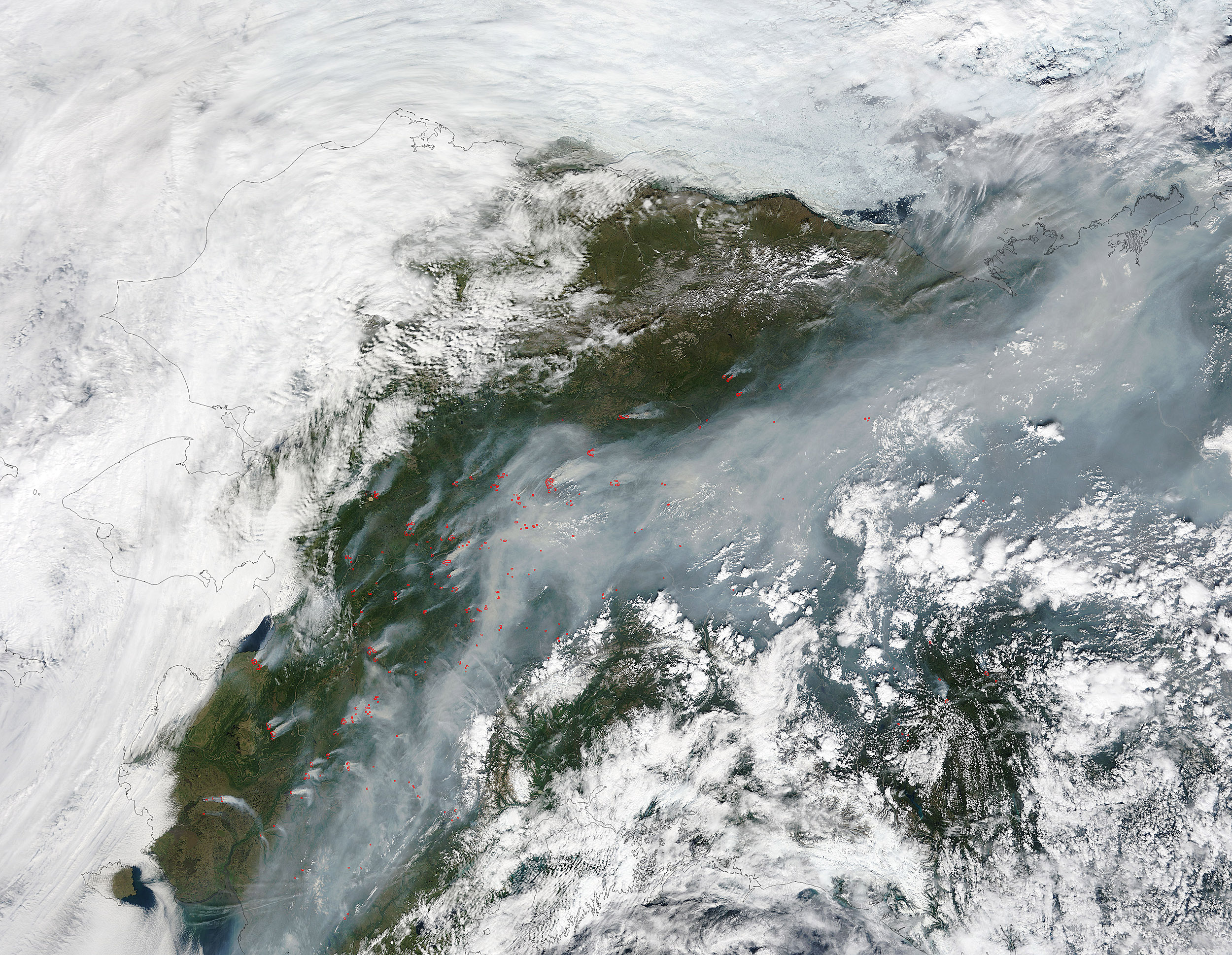 More than 100 new fires started over the weekend of June 20 to June 21, 2015, according to a report from Alaska Wildland Fire Information. The growing number of fires meant that smoke became an increasing concern for air quality in the state’s populated regions. Fires And Smoke In Northern Alaska.

On June 22, the Moderate Resolution Imaging Spectroradiometer (MODIS) on NASA’s Terra satellite acquired this view of smoke across northern Alaska. Red outlines indicate areas where MODIS detected unusually warm surface temperatures associated with fire. Active fires surround Fairbanks, so even a change in wind direction would not bring relief from the gases and particles that can cause respiratory and other health problems.

Still, firefighters have made progress on some Alaskan fires including the Sockeye fire, about 350 kilometers (220 miles) southwest of Fairbanks (obscured by clouds in this image). That fire was 90 percent contained, according to a report issued on June 23. However, the report also noted that the weather forecast called for warm and dry weather, which could mean even more smoke.

By July 5, the Alaska Interagency Coordination Center Situation reported that the number of fires this year has reached 635, with 2,581,508 acres burned. Lightning is the major cause of ignition and is responsible for about 2.5 million acres destroyed. Human activity is the second most frequent cause, and has claimed over 30,000 acres.