The Columbia Glacier in southern Alaska 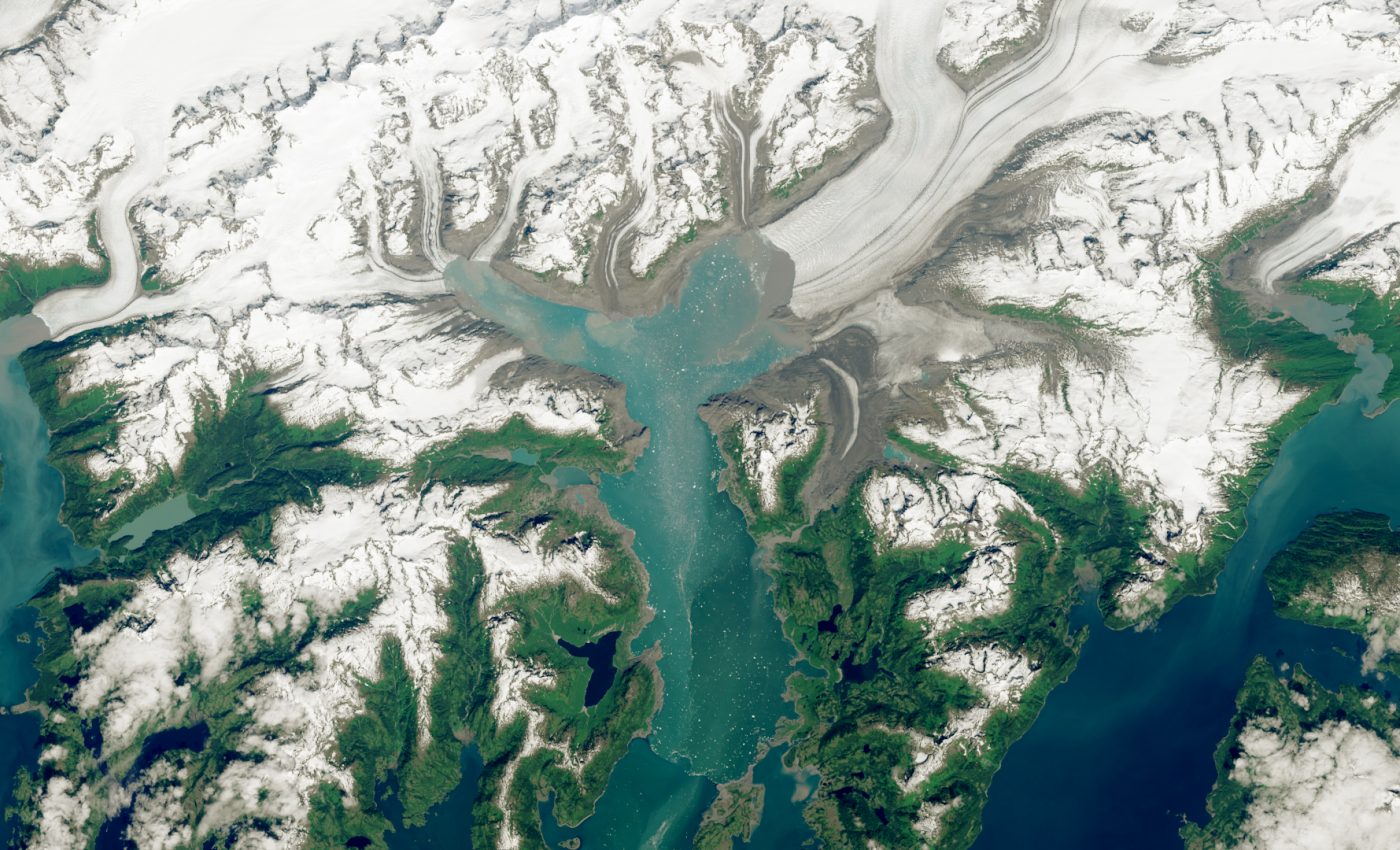 Shad O’Neel is a glaciologist at the USGS Alaska Science Center who has been observing the behavior of the Columbia Glacier for many years.

“The total loss of ice is down substantially,” said O’Neel. “But there is still impressive retreat.”

The glacier has lost more than half of its total thickness and volume since the 1980s.

This natural color image was captured on June 21, 2019 by the Operational Land Imager on Landsat 8.

—Southeast Alaska, colloquially referred to as the Alaska Panhandle or Alaskan Panhandle, is the southeastern portion of the U.S. state of Alaska, bordered to the east by the northern half of the Canadian province of British Columbia. The majority of Southeast Alaska’s area is part of the Tongass National Forest, the United States’ largest national forest. In many places, the international border runs along the crest of the Boundary Ranges of the Coast Mountains (see Alaska boundary dispute). The region is noted for its scenery and mild, rainy climate.