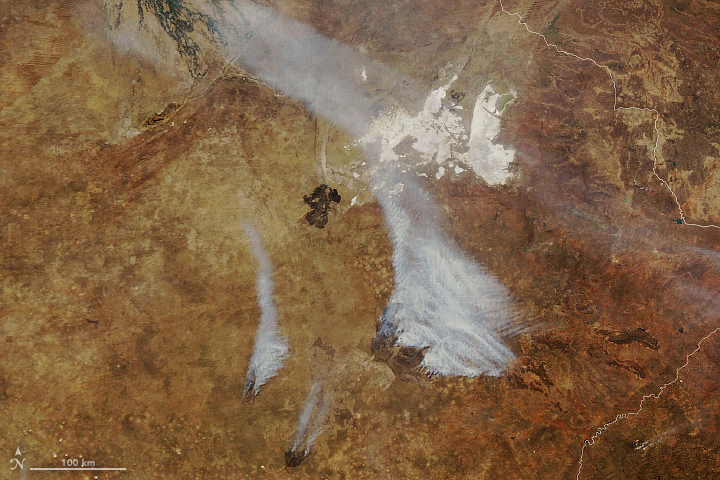 Today’s Image of the Day from NASA Earth Observatory features smoke blowing from wildland fires in Botswana that were burning just outside the Central Kalahari and Khutse game reserves. According to NASA, wildland fires are common in sub-Saharan Africa between August and October, which is late in the dry season.

“Wildland fires can be spotted burning in the region each year starting around April. But they tend to grow larger and more intense starting in August, fueled by dried out vegetation and fanned by strong winds,” says NASA.

In mid-August, the fire danger index across Botswana was “very dangerous” to “extremely dangerous,” indicating that any fire could spread rapidly and uncontrollably.

The image was captured on August 14, 2022 by the Moderate Resolution Imaging Spectroradiometer (MODIS) on NASA’s Aqua satellite.