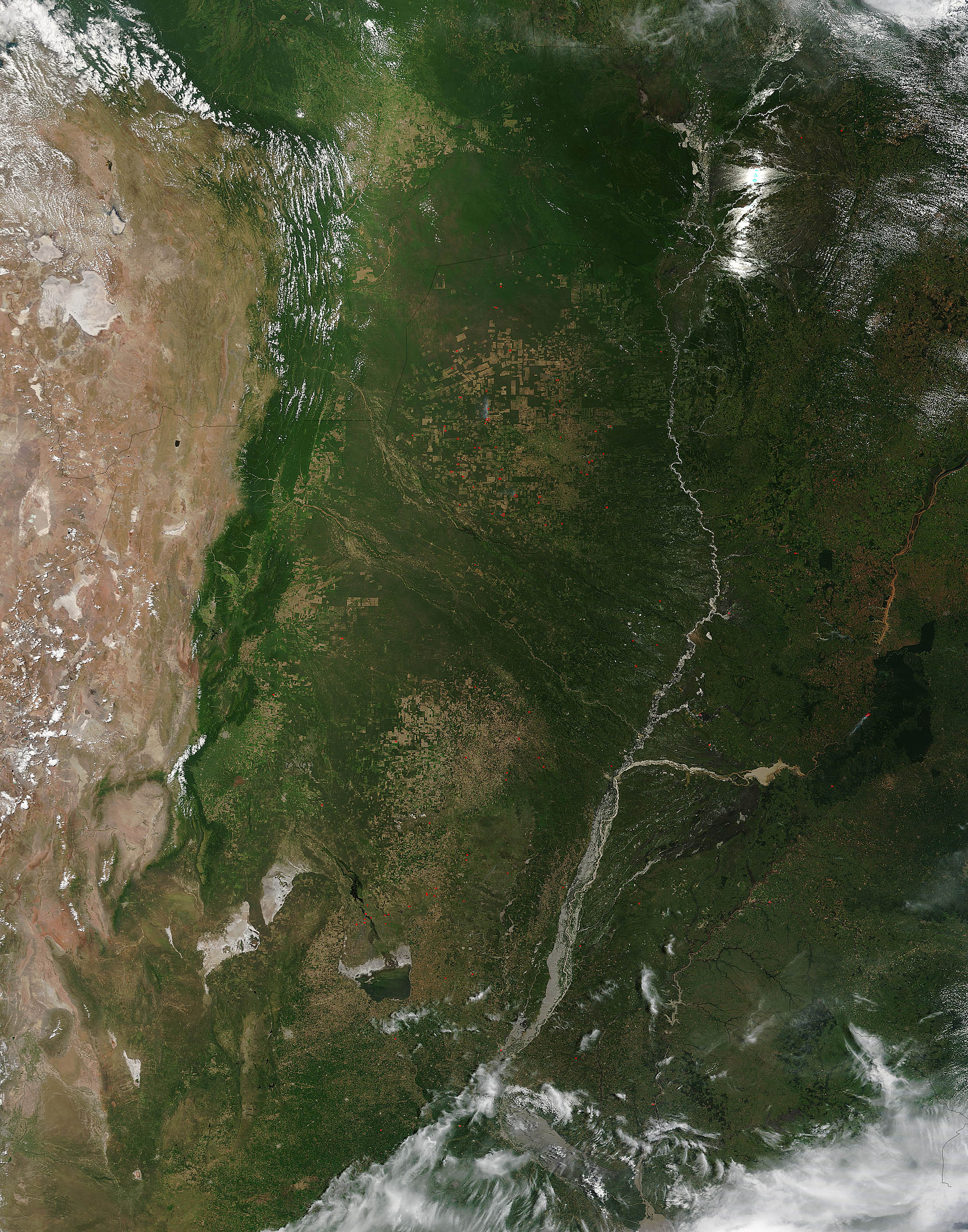 The two largest clusters of fires, which are marked by red hotspots, are found in Paraguay (north) and agricultural regions of Argentina (south). At higher resolutions it can be seen that a high number of fires are found in or near rectangular-shaped areas or near forest edge. The rectangular shapes are areas humans have shaped, usually for cropland or pastureland. The time of year, the location, and the number of fires suggest that these fires are agricultural in origin, and have been deliberately set to manage crops or pasture.

South America is a continent in the Western Hemisphere, mostly in the Southern Hemisphere, with a relatively small portion in the Northern Hemisphere. It may also be considered a subcontinent of the Americas,[6][7] which is how it is viewed in the Spanish and Portuguese-speaking regions of the Americas. The reference to South America instead of other regions (like Latin America or the Southern Cone) has increased in the last decades due to changing geopolitical dynamics (in particular, the rise of Brazil