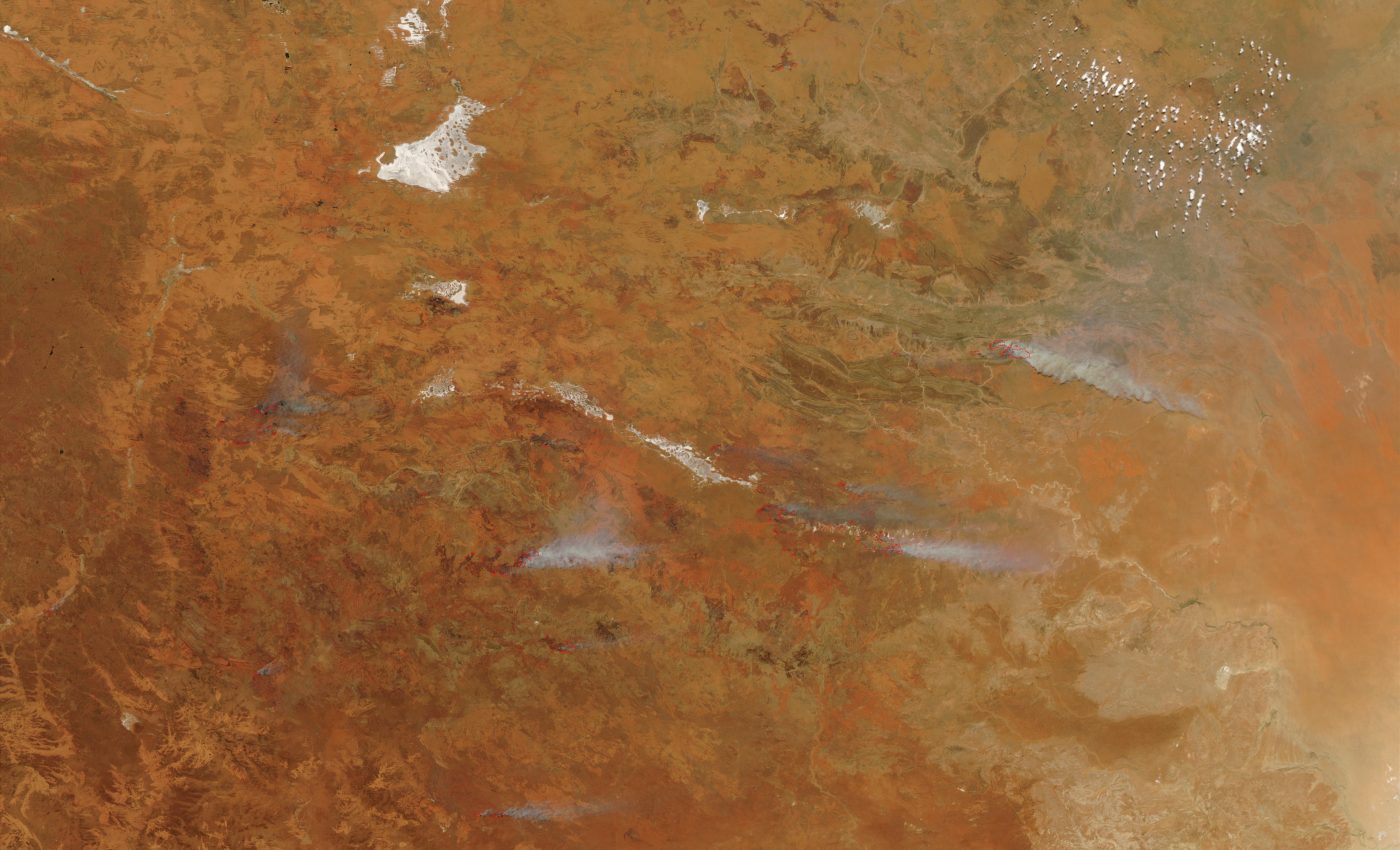 This series of images of central Australia near Alice Springs shows numerous large bushfires marked with red dots. The native vegetation of the arid region appears reddish in the true-color imagery. Also the  the enhanced false-color image provides better contrast between vegetation and burned areas. Although vegetation appearing in shades of green. And naturally bare soil apearing pinkish, and burned areas appearing reddish-brown or dark brown.

Some of these fires are occurring on Aboriginal lands and may be part of traditional fire management practices. The images were captured by the Moderate Resolution Imaging Spectroradiometer (MODIS) on the Terra and Aqua satellites between in summer and fall of 2002.

The region is now facing problems similar to the Western forests of the United States. In the arid regions of the continent, fire suppression that has been practiced since European settlement has caused a build up in vegetation that fuels larger, more destructive bushfires. Whether the native plants and animals can adapt to this new fire regime is the subject of intense study. Already it appears that fire suppression has created an abundance of trees and shrubs. Therefore that are crowding out native grasses and reducing rangeland for grazing animals. Although Larger fires put further pressure on remaining rangeland habitat.