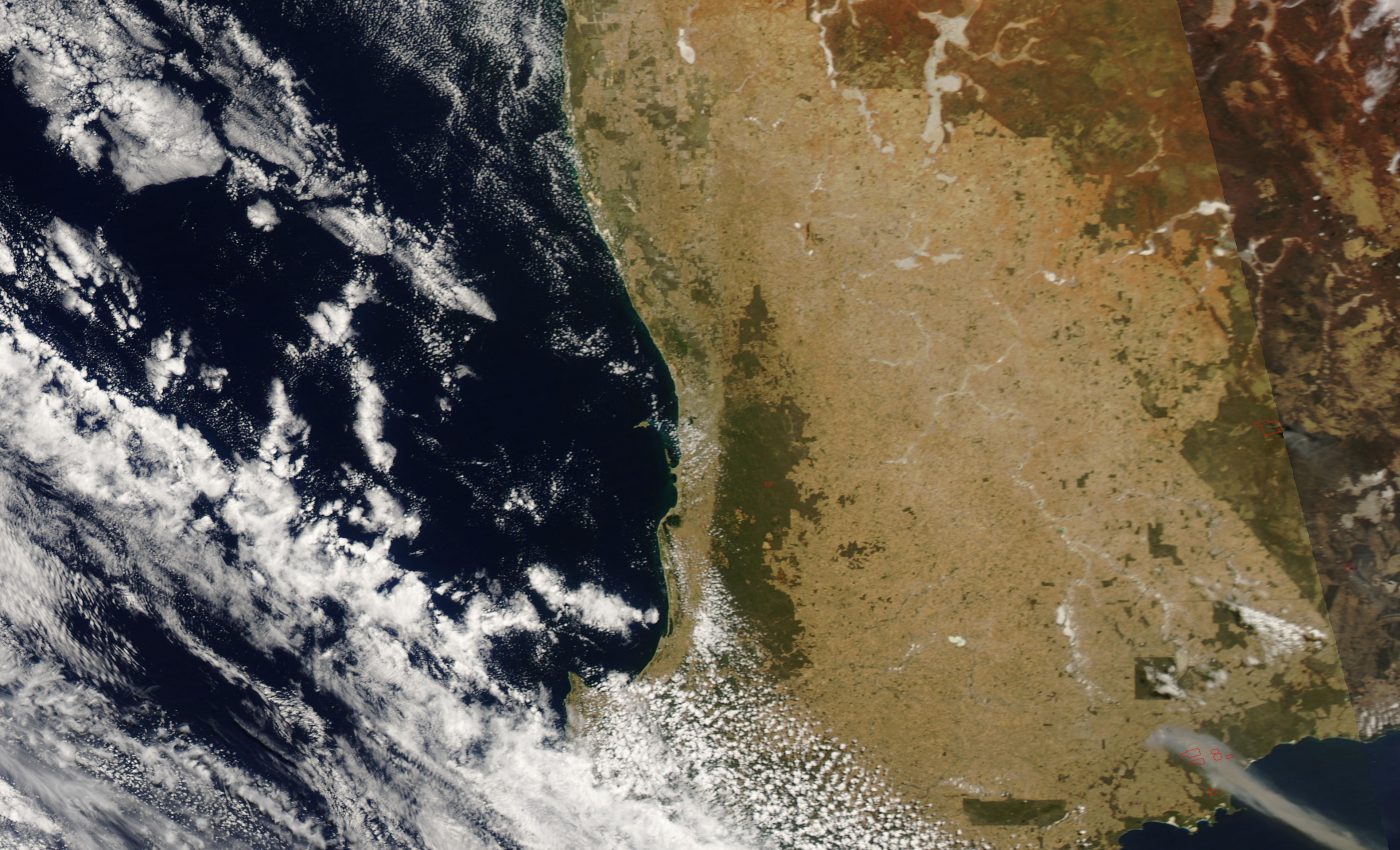 Lightning-triggered bushfires in southern Western Australia had been burning for several days when the Moderate Resolution Imaging Spectroradiometer (MODIS) on NASA’s Aqua satellite captured these images of the region on January 11, 2008. The left-hand image shows the area in photo-like natural color, while the right-hand image has been enhanced with MODIS’ observations of shortwave- and near-infrared light. In that image, the burned areas stand out as brick red against the unburned vegetation (bright green). According to news reports, the fire in the Fitzgerald River National Park had scorched about 25,000 hectares (61,776 acres), while the fire in the Jibadji Nature Reserve had burned more than 50,000 hectares (123,552 acres).Australia, officially the Commonwealth of Australia, is a sovereign country comprising the mainland of the Australian continent, the island of Tasmania, and numerous smaller islands.

It is the largest country in Oceania and the world’s sixth-largest country by total area. The neighbouring countries are Papua New Guinea, Indonesia, and East Timor to the north; the Solomon Islands and Vanuatu to the north-east; and New Zealand to the south-east. The population of 26 million[6] is highly urbanised and heavily concentrated on the eastern seaboard.Australia’s capital is Canberra, and its largest city is Sydney. The country’s other major metropolitan areas are Melbourne, Brisbane, Perth, and Adelaide.