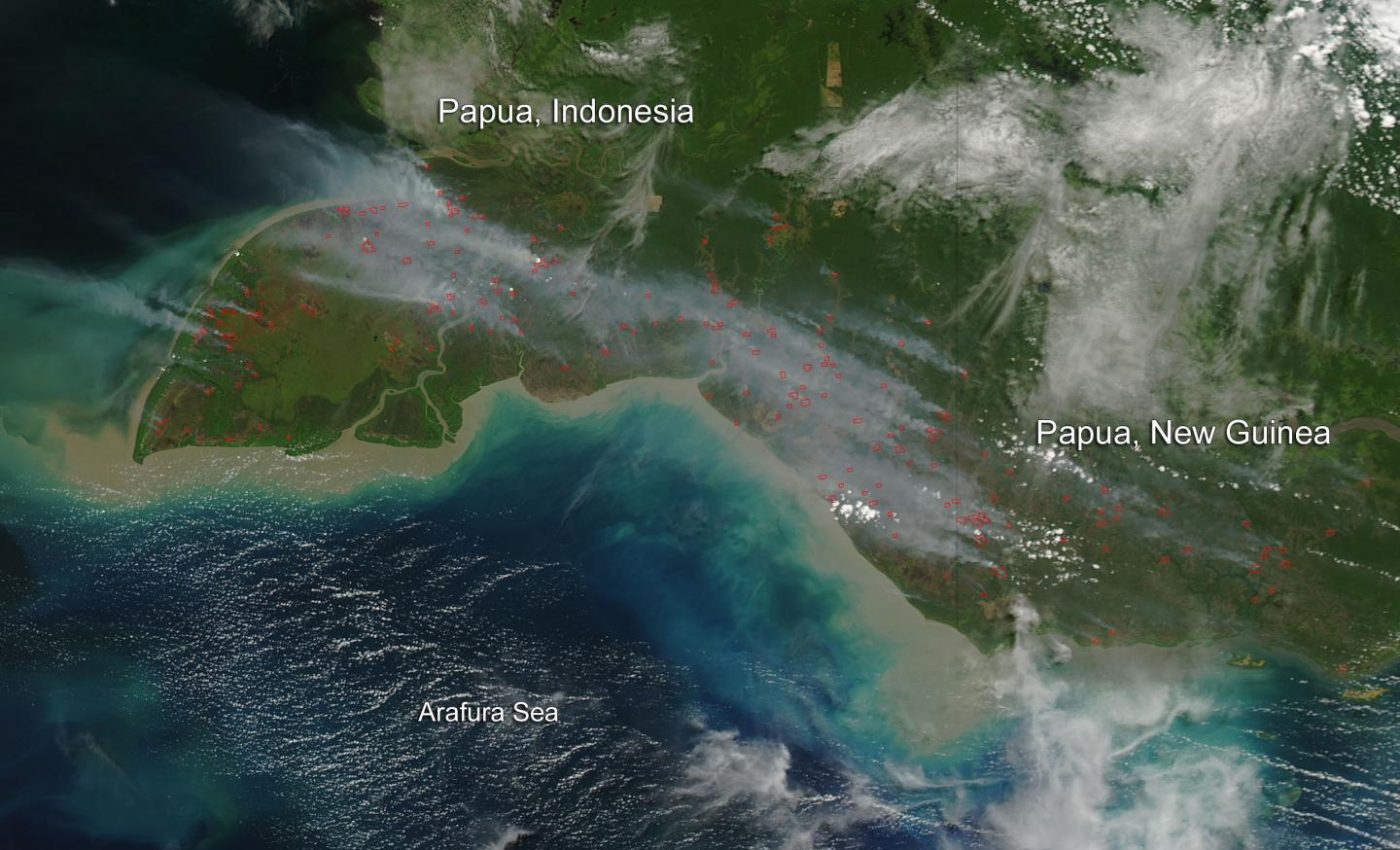 Fires continued to burn across the southern part of the island of New Guinea on October 27, 2003. The Moderate Resolution Imaging Spectroradiometer (MODIS) on the Aqua satellite captured this image of dozens of active fires burning across both Irian Jaya (left) and Papua New Guinea (right); fires have been marked with red dots.

The high-resolution image provided above is 500 meters per pixel. The MODIS Rapid Response System provides this image at MODIS maximum spatial resolution of 250 meters. New Guinea (Tok Pisin: Niugini; Hiri Motu: Niu Gini; Indonesian: Papua, historically, Irian) is a large island separated by a shallow sea (Torres Strait) from the rest of the Australian continent. It is the world’s second-largest island, after Greenland, covering a land area of 785,753 km2 (303,381 sq mi), and the largest wholly or partly within the Southern Hemisphere and Oceania.

The eastern half of the island is the major land mass of the independent state of Papua New Guinea. The western half, referred to as either Western New Guinea or West Papua, has been incorporated by Indonesia since 1963 and comprises the provinces of Papua and West Papua.