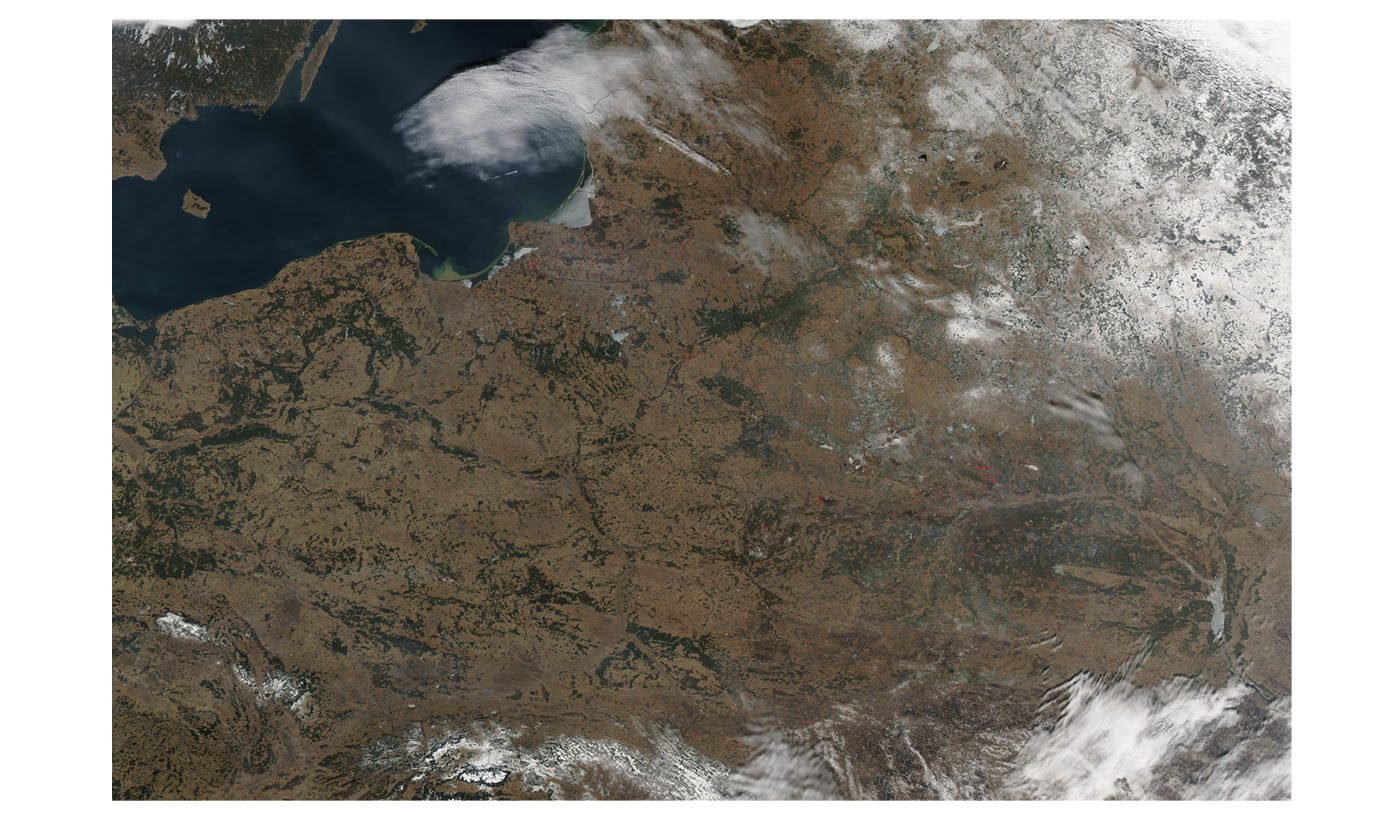 On March 24, 2003, the Moderate Resolution Imaging Spectroradiometer (MODIS) on the Aqua satellite captured this image of scattered fires (red dots) in northeastern Europe. Fires are most heavily concentrated in the Russian Federation (north of center) between Lithuania (north) and Poland (south). To the southeast, there are fires in Belarus (top) and Ukraine (bottom). At top left is the Baltic Sea.

Germanic languages are widely spoken in most of Northwestern Europe. Although other languages are also present, including Romance languages in Northern France, Wallonia and Luxembourg, and Celtic languages along the western fringes of the British Isles and in Brittany. Therefore region also has a history of Protestantism (Lutheranism, Calvinism and Anglicanism) that differentiates it from its Mediterranean / Southern European / Latin and Eastern European / Slavic neighbors. The definition of Northwestern Europe as correlating with Protestant Germanic Europe leads to somewhat the same definition. Also as the geographical one above. Also but would tend to exclude northern France, Wallonia, Southern Netherlands, Catholic Belgium, southern Germany, Austria, and Ireland.