Fires in the Balkans 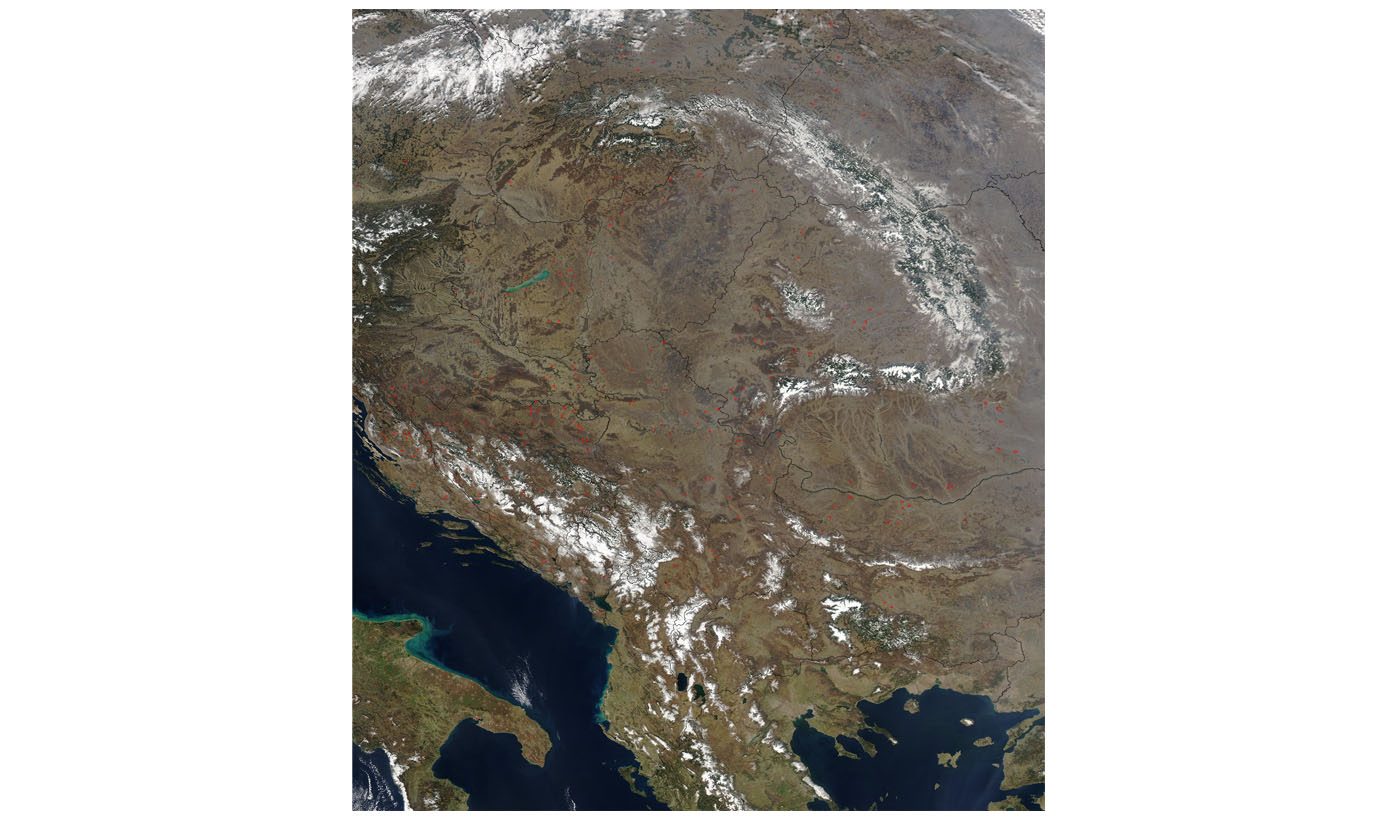 On Tuesday, March 25, 2003, the Moderate Resolution Imaging Spectroradiometer (MODIS) on the Aqua satellite captured this image of widespread fires (red dots) across the Balkans. At lower left is the Adriatic Sea (and Italy), and at bottom right is the Aegean Sea.
The high-resolution image provided above is 500 meters per pixel. The MODIS Rapid Response System provides this image at MODIS? maximum spatial resolution of 250 meters.

The concept of the Balkan peninsula was created by the German geographer August Zeune in 1808. Therefore who mistakenly considered the Balkan Mountains the dominant mountain system of Southeast Europe spanning from the Adriatic Sea to the Black Sea. Also The term of Balkan Peninsula was a synonym for European Turkey in the 19th century. Also the former provinces of the Ottoman Empire in Southeast Europe.

It had a geopolitical rather than a geographical definition. Therefore further promoted during the creation of the Kingdom of Yugoslavia in the early 20th century. The definition of the Balkan peninsula’s natural borders do not coincide with the technical definition of a peninsula and hence modern geographers reject the idea of a Balkan peninsula, while scholars usually discuss the Balkans as a region. The term has acquired a stigmatized and pejorative meaning related to the process of Balkanization, and hence the preferred alternative term used for the region is Southeast Europe.