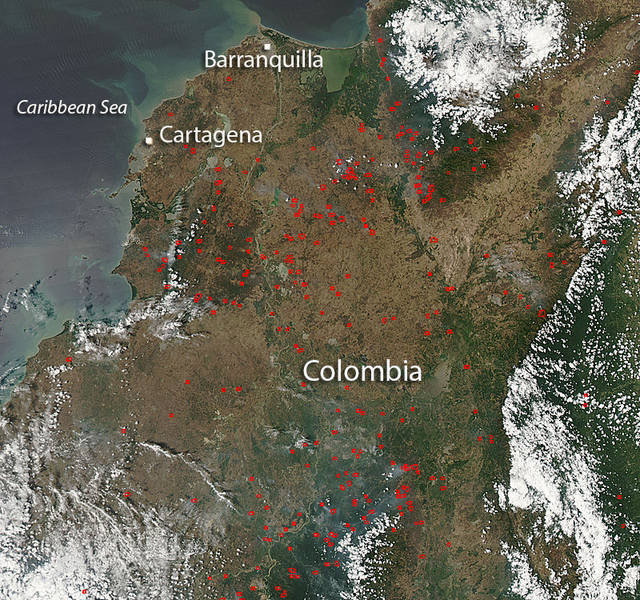 The high-resolution image, which has a resolution of 1 kilometer, shows a larger area of burning fires, including blazes in parts of Bolivia, Paraguay, Uruguay, and Argentina. Bolivia declared an emergency over fires burning out of control, according to news reports. Fire is perhaps the primary means of clearing land for agricultural in the Amazon, but such fires can quickly spread. South America is a continent in the Western Hemisphere, mostly in the Southern Hemisphere, with a relatively small portion in the Northern Hemisphere. It may also be considered a subcontinent of the Americas, which is how it is viewed in the Spanish and Portuguese-speaking regions of the Americas. The reference to South America instead of other regions (like Latin America or the Southern Cone) has increased in the last decades due to changing geopolitical dynamics (in particular, the rise of Brazil).[additional citation(s) needed]