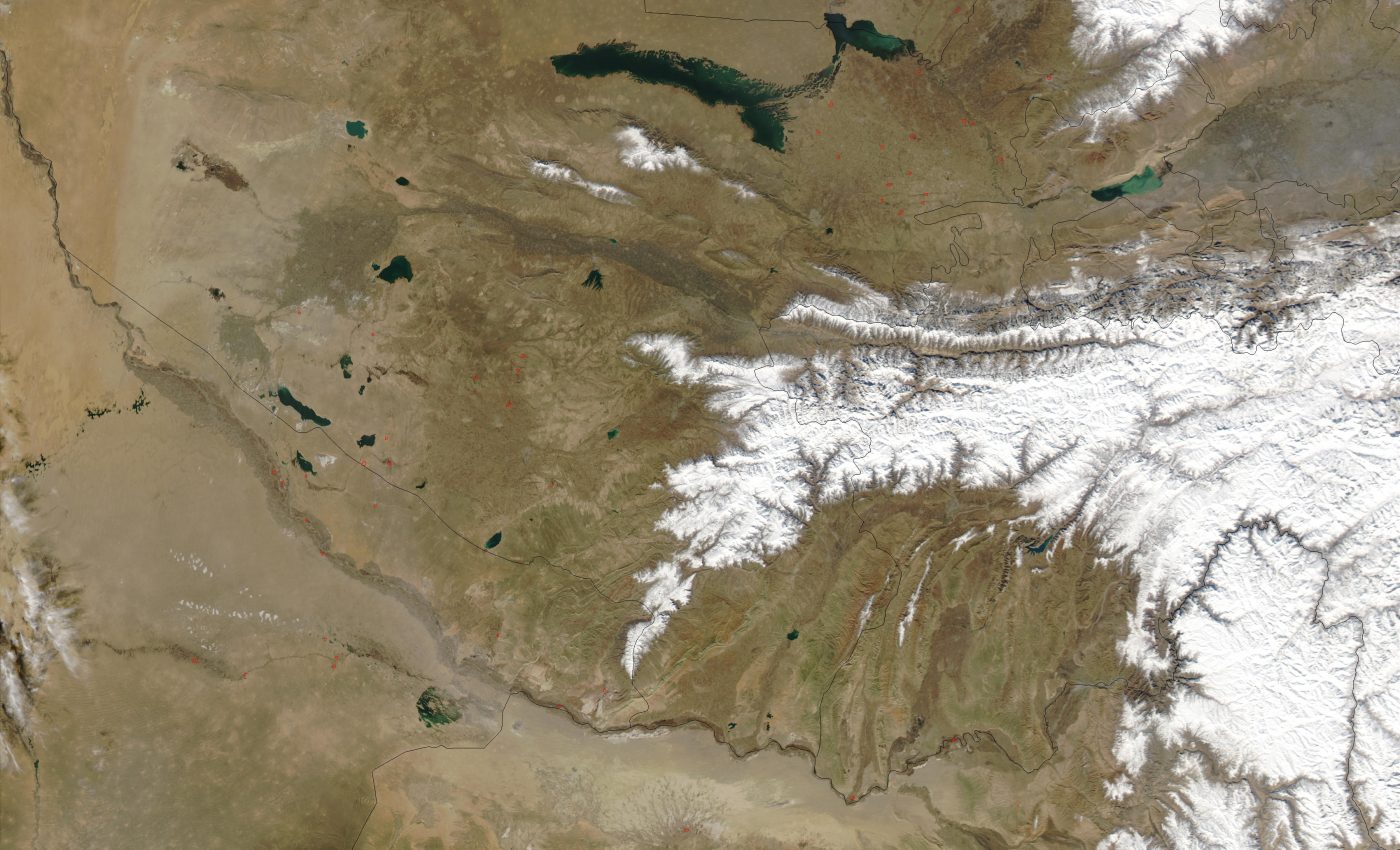 Small fires are dottedthroughout western Asia in this true-color image acquired by the Moderate Resolution Imaging Spectroradiometer (MODIS) on the Aqua satellite.The fires are marked in red, and are concentrated mostly in two areas -south of the Ozero Aydarkul’ and Chardarinskoye Vodokliranilischelakes in eastern Uzbekistan (upper right quadrant) and along the easternUzbekistan-Kazakhstan border (lower left quadrant).

The mountains in theeastern and southern edges of the image are covered in snow and stand outin marked contrast against the light browns and greens of the rest of theregWestern Asia, West Asia, Southwestern Asia or Southwest Asia is the westernmost subregion of Asia. The concept is in limited use, as it significantly overlaps with the Middle East (or the Near East), the main difference usually being the exclusion of the majority of Egypt, which would be counted as part of North Africa (that is, Egypt without the Sinai Peninsula), and of European Turkey and the inclusion of the Caucasus.

The term is sometimes used for the purposes of grouping countries in statistics, in which case Egypt might be excluded and Turkey included entirely. The total population of Western Asia is an estimated 300 million as of 2015. Although the term “Western Asia” is mostly used as a convenient division of contemporary sovereign states into a manageable number of world regions for statistical purposes, it is sometimes used instead of the more geopolitical term “Middle East”.ion. This image was acquired February 2, 2003.