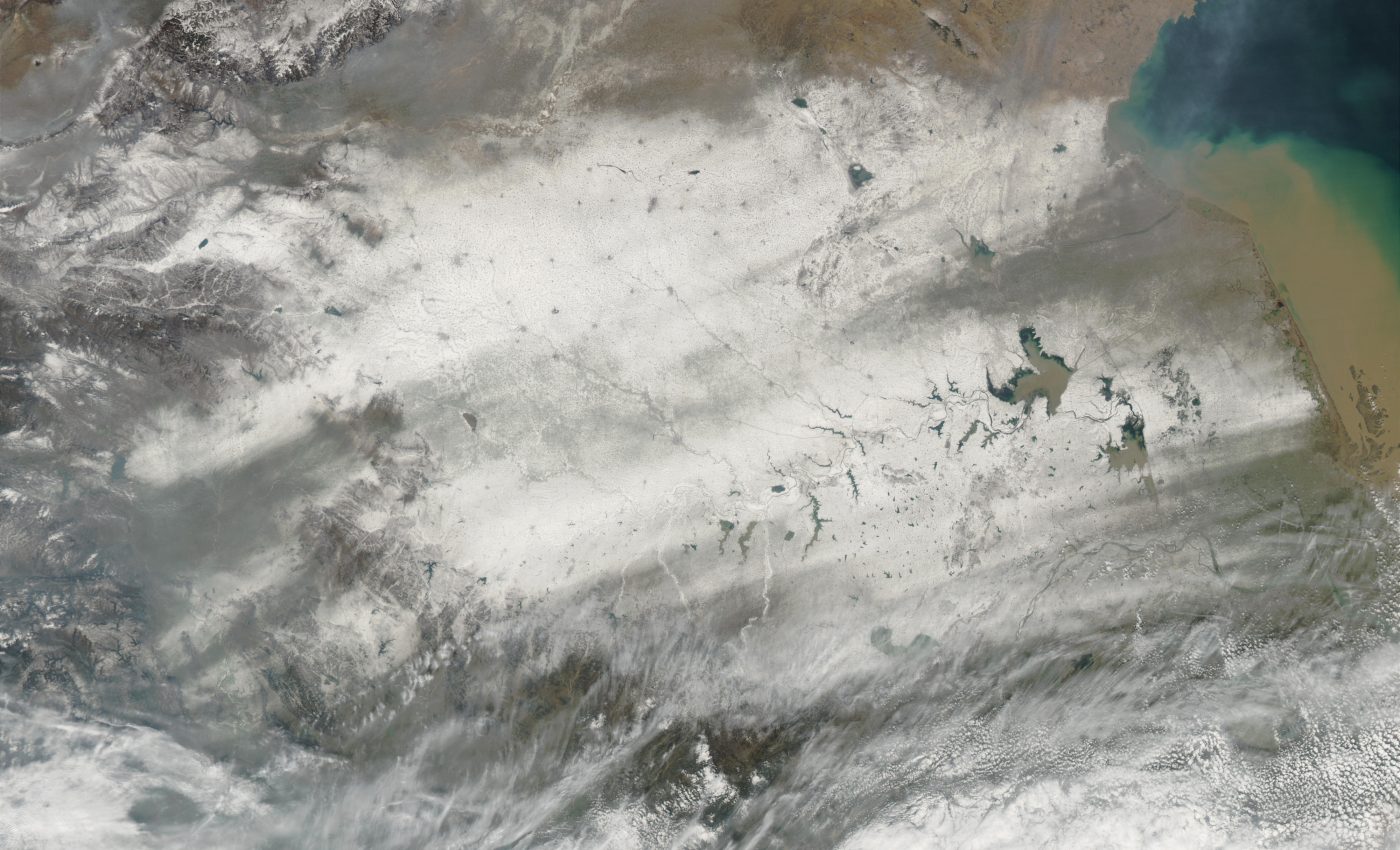 Trails ofsnow streak across eastern China in this true-color image from theModerate Resolution Imaging Spectroradiometer (MODIS) aboard NASA’sAqua satellite. The image was acquired February 12, 2003. In addition tothe snow, which occupies the center of the image, it is possible to seesmog in at least six provinces: Shanxi (upper left corner), Shandong(upper middle and right), Henan (middle left), Anhui (middle), Jiangsu(middle right), and Hubei (lower left). Air pollution is a persistent,year-round concern in China. Also visible is the Yellow Sea (Huang Hai)in the upper right corner, of which part appears brown and green fromsediment carried into it by a number of rivers, including the great Yangtze River.

An abolished concept, for economical purposes the region was defined from 1961 to 1978 by the Chinese Central Government to include the provinces of (in alphabetical order) Anhui, Fujian, Jiangsu, Jiangxi, Shandong and Zhejiang, as well as the municipality of Shanghai. Since the Chinese government claims Taiwan and the few outlying islands of Fujian (Kinmen and Matsu) governed by the Republic of China (Taiwanese government) as its territory, the claimed “Taiwan Province, People’s Republic of China” was once classified in this regio