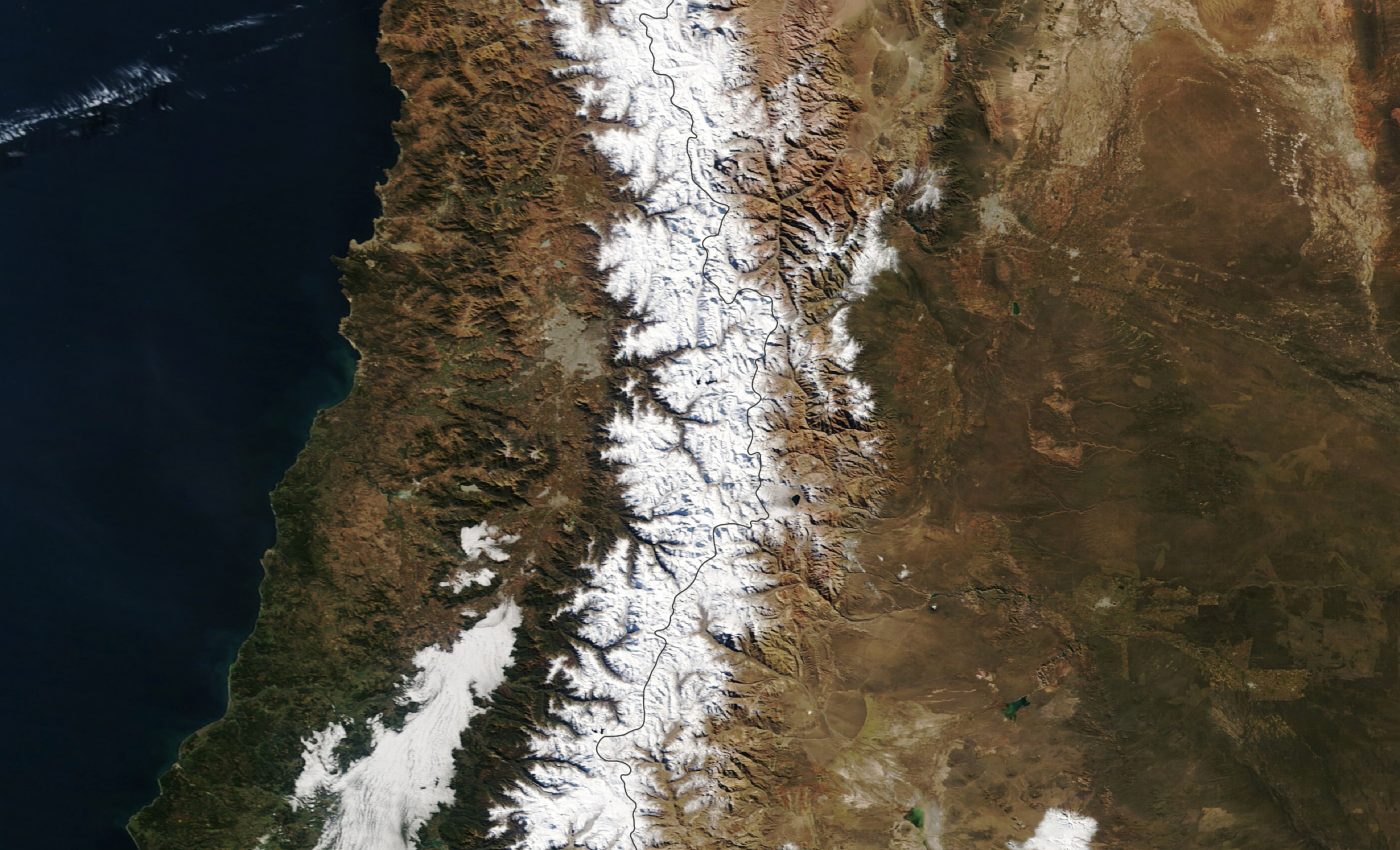 Today’s Image of the Day from NASA Earth Observatory features the first major snowstorm of fall 2021 in South America. The photograph captures snow on the Andes Mountains near central Chile and Argentina.

While this particular snowfall event was typical, a rare storm occurred in the region four months earlier in the middle of austral summer.

“These are beneficial storms, forming the seasonal snowpack during winter that gives water in spring and summer,” said René Garreaud, an Earth scientist at the University of Chile. “Central Chile has experienced a prolonged drought, so all of these winter storms are truly welcome.”

“The January event was truly extraordinary. Central Chile is bone-dry during summer, except for a few scattered convective storms over the highest peak of the Andes. But this event was like a winter storm – and quite a surprise.”

Given that the summer snowstorm occurred in a relatively warm environment, snow was restricted to the highest peaks and areas over 3,500 meters in elevation, explained NASA. Most of the precipitation fell as rain, causing flash flooding and damaging landslides.

The image was acquired on May 23, 2021 with the Moderate Resolution Imaging Spectroradiometer (MODIS) on NASA’s Terra and Aqua satellites.