Flooding has overwhelmed the state of White Nile in Sudan • Earth.com

Flooding has overwhelmed the state of White Nile in Sudan 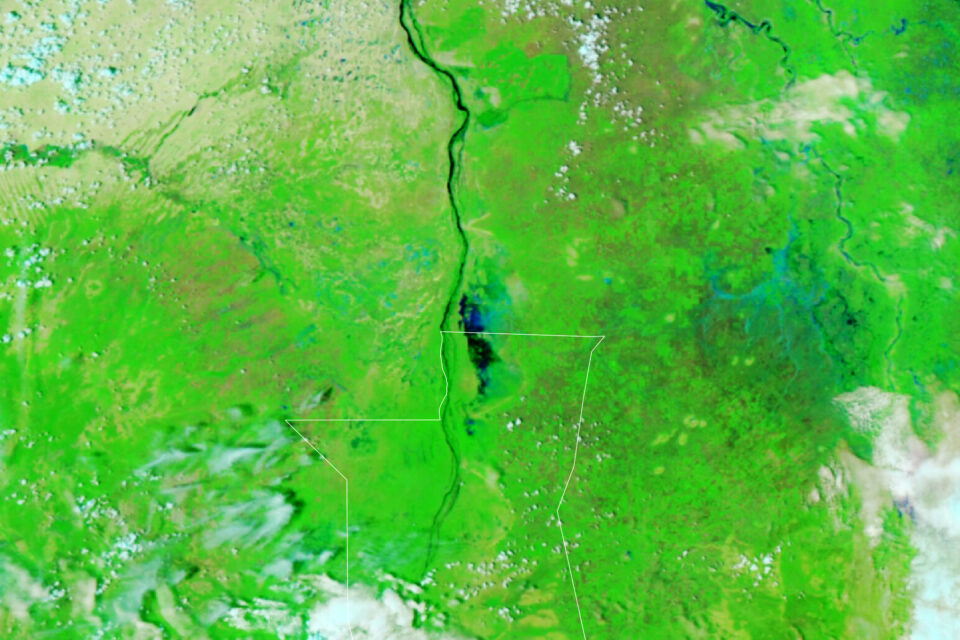 Today’s Image of the Day from NASA Earth Observatory features flooding in Sudan during the monsoon season.

In August and September each year, monsoon rains pour into the Ethiopian Highlands and flow down to the Blue Nile and White Nile, explains NASA. As the flooded rivers pass through Sudan, the water can overwhelm the surrounding communities.

This year, a series of torrential downpours have impacted hundreds of thousands of people and destroyed tens of thousands of homes across the northeastern Africa. Some of the hardest hit areas are in the state of White Nile in Sudan.

Floods in Sudan contribute to food insecurity by destroying crops and killing livestock. According to NASA, White Nile is facing what the Famine Early Warning Systems Network has classified as “crisis” levels of food insecurity.

The false-color image was captured on September 16, 2021 by the Visible Infrared Imaging Radiometer Suite (VIIRS) on NOAA-20.