Floods in Northeast India and Bangladesh 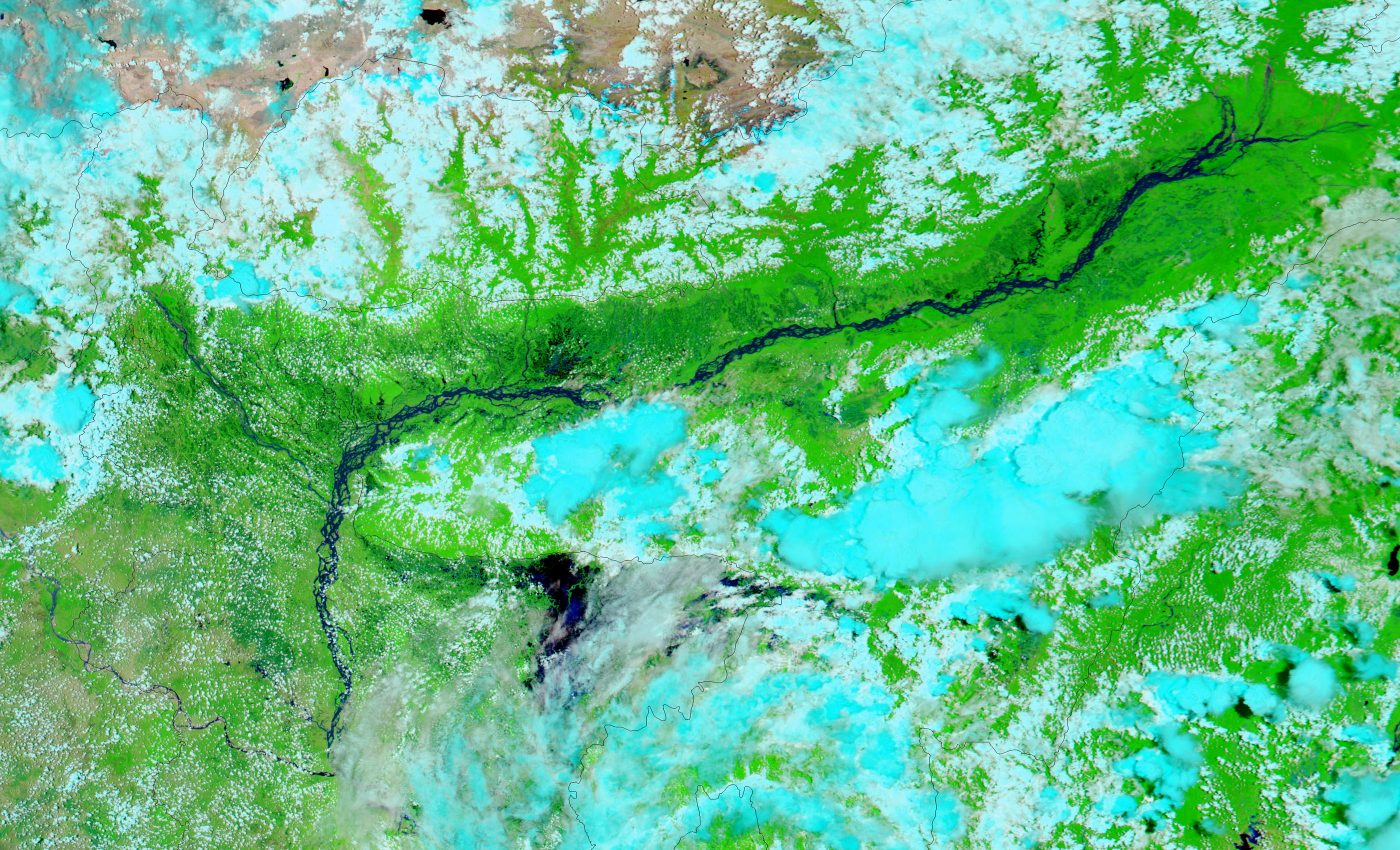 Floods in Northeast India and Bangladesh. Weeks of intense heat in India finally gave way to a late-onset monsoon season, and the people in the sate of Assam in the northeast part of the country traded one environmental insult for another.  A deluge of rain brought the Brahmaputra River and numerous tributaries out of their banks in severe flooding that has displaced almost half a million people. These images show the region on June 16.

The false-color image of the pair highlights the presence of standing water, which appears dark blue or /black. Therefore the  river makes a thin squiggly line through the pale tan flood plain. Also which contrasts against the green vegetation. Flooded areas are obvious all along the foothills of the Himalaya Mountains, which run across the top of the images.

Floods in Northeast India and Bangladesh are very common the time of storm season. Bangladesh forms the largest and eastern part of the Bengal region. According to the ancient Indian epics, Ramayana and Mahabharata, the Vanga Kingdom, one of the namesakes of the Bengal region, was known as an ally of the legendary Ayodhya and was notable for its strong navy. In the ancient and classical period of the Indian subcontinent, the territory of Bangladesh was home to many principalities,