Floods in Tunisia and Algeria 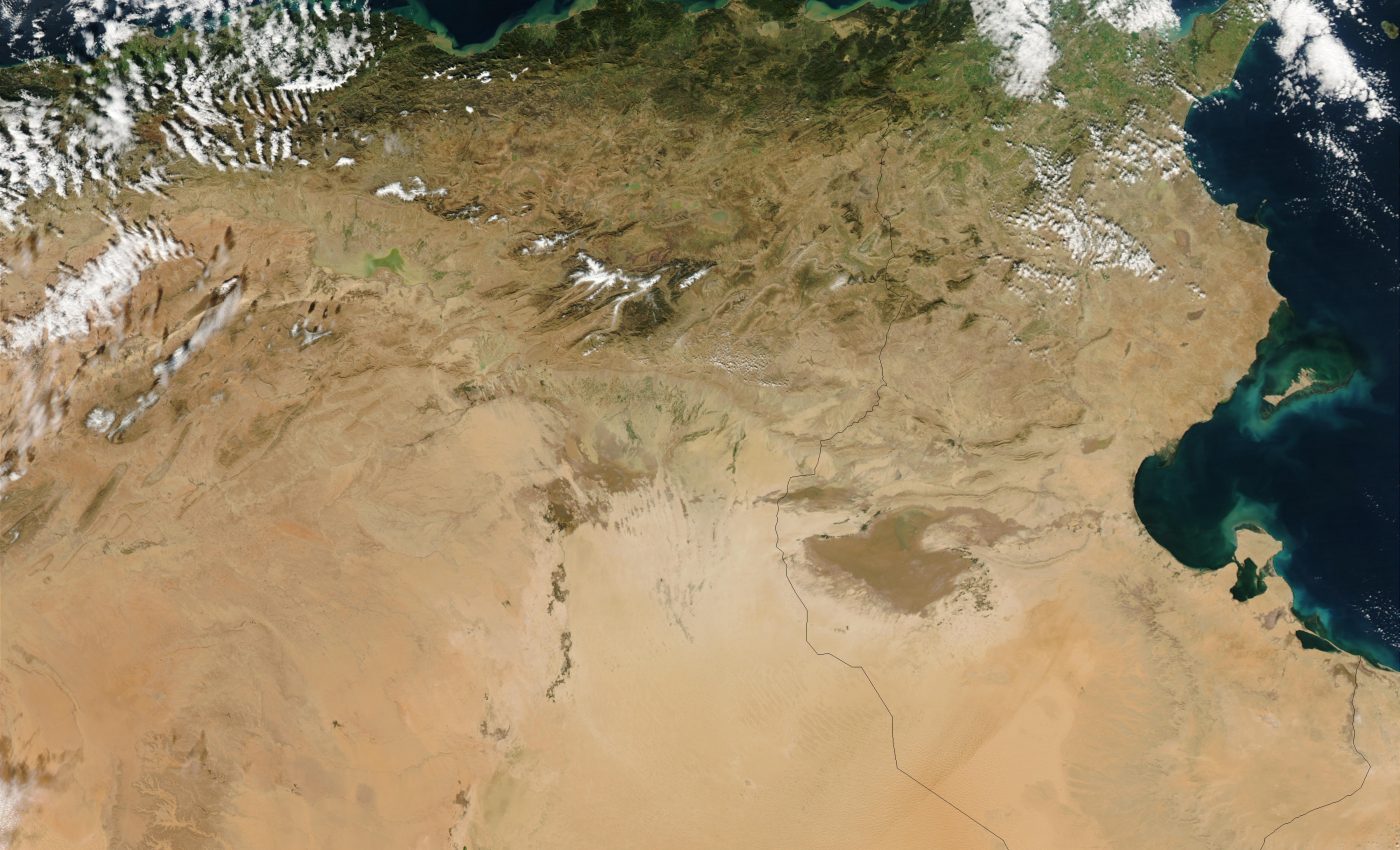 In early January 2003, heavy rains in Tunisia led to floods that displaced over 3,000 people. The extent of the floods can be seen in these true- and false-color images acquired on January 4. (before flooding) and 19 (after flooding), 2003, by the MODIS instruments aboard NASA’s Terra and Aqua spacecrafts.

The most devastating floods occurred in the northern and central parts of Tunisia. Most of the houses affected were built of soil and provided ample protection from the normally hot, arid conditions. However, in the unusually heavy rains and floods of the past few weeks, these dwellings simply crumbled. Cattle and food stocks have also been lost. Floods in Tunisia and Algeria are very common and cause a lot of damage to the area. Therefore the conditions are so bad that the people living in the surrounding areas have to sometimes leave everything behind. The weather changing is a huge part of the states reasoning why its storms are so bad because the conditions. Also the little to no water showng is from the changing in climate.

Normally, the saltpans of Tunisia and Algeria contain little or no water, as can be seen in the images from acquired January 4, 2003. In the false-color image, water is blue and black. Snow, which has also fallen in unusual abundance in the higher altitudes, appears as a bright cyan and can be seen along the Algerian mountains and ridges. Clouds appear as pale blue and white, and land is green and tan.