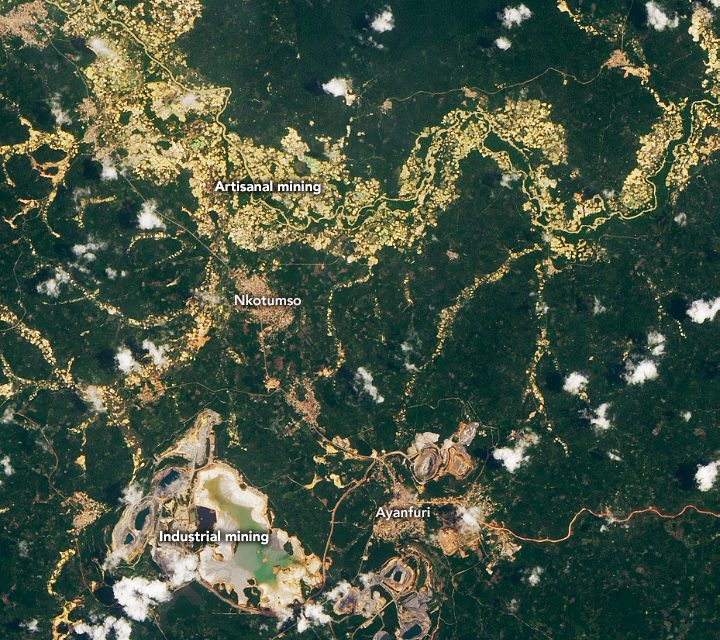 Today’s Image of the Day from NASA Earth Observatory features a large-scale gold mine and several artisanal mines in Ghana, where people have been mining for gold for centuries.

According to NASA, long before European colonists set foot in the area in the 1400s, Ghanaians looked for gold with pickaxes, shovels, and pans.

Small-scale mining, or artisanal mining, has persisted until today along with destructive environmental impacts.

“The accumulation of the small-scale mines across the landscape is startling. The deforestation impact is huge compared to industrial mines,” said Barenblitt.

“There has definitely been an expansion of small-scale mining by more people over time because of the price of gold,” explained study co-author and forest ecologist Lola Fatoyinbo. “The high gold prices probably made artisanal mining worth the labor.”

The natural-color image was captured on March 29, 2020 by the Operational Land Imager (OLI) on Landsat 8.

How do bees execute such flawless turns?
LATEST IMAGES
Unusual bloom in the Arabian Sea