Great Exuma Island in the Bahamas 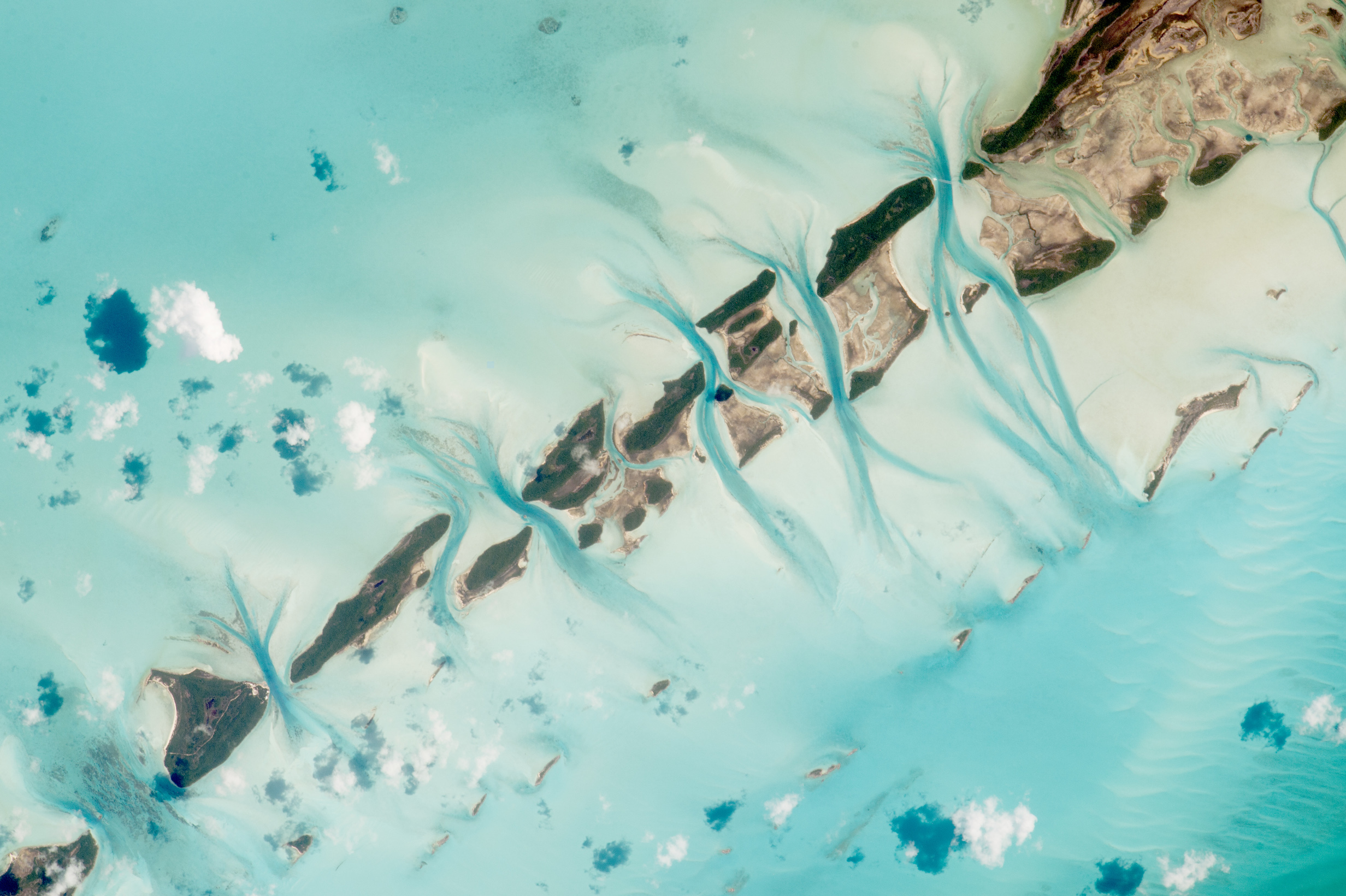 Today’s Image of the Day comes thanks to the NASA Earth Observatory and features a look at Great Exuma Island in the Bahamas.

Great Exuma Island measures roughly 37 miles in length, ending in a string of cays that stretch out roughly 9 miles west of the island.

Exuma is a district of the Bahamas, consisting of over 365 islands, also called cays.
The largest of the cays is Great Exuma, which is 37 mi (60 km) in length and joined to another island, Little Exuma, by a small bridge. The capital and largest town in the district is George Town (population 1,437). It was founded 1793 and located on Great Exuma. Near the town, but on Little Exuma, the Tropic of Cancer runs across Pelican Beach lending it another name: Tropic of Cancer Beach. Its white sand and turquoise waters make it a world-famous destination. The entire island chain is 130 mi (209 km) long and 72 sq mi (187 km²) in area. Great Exuma island has an area of 61 sq mi (158 km²) while Little Exuma has an area of 11 sq mi (29 km²).
Between 2000 and 2010, the population of Exuma more than doubled, reflecting the construction of large and small resort properties and the related direct air traffic to Great Exuma from locations as distant as Toronto, Ontario, Canada. The population in 2010 was 6,928