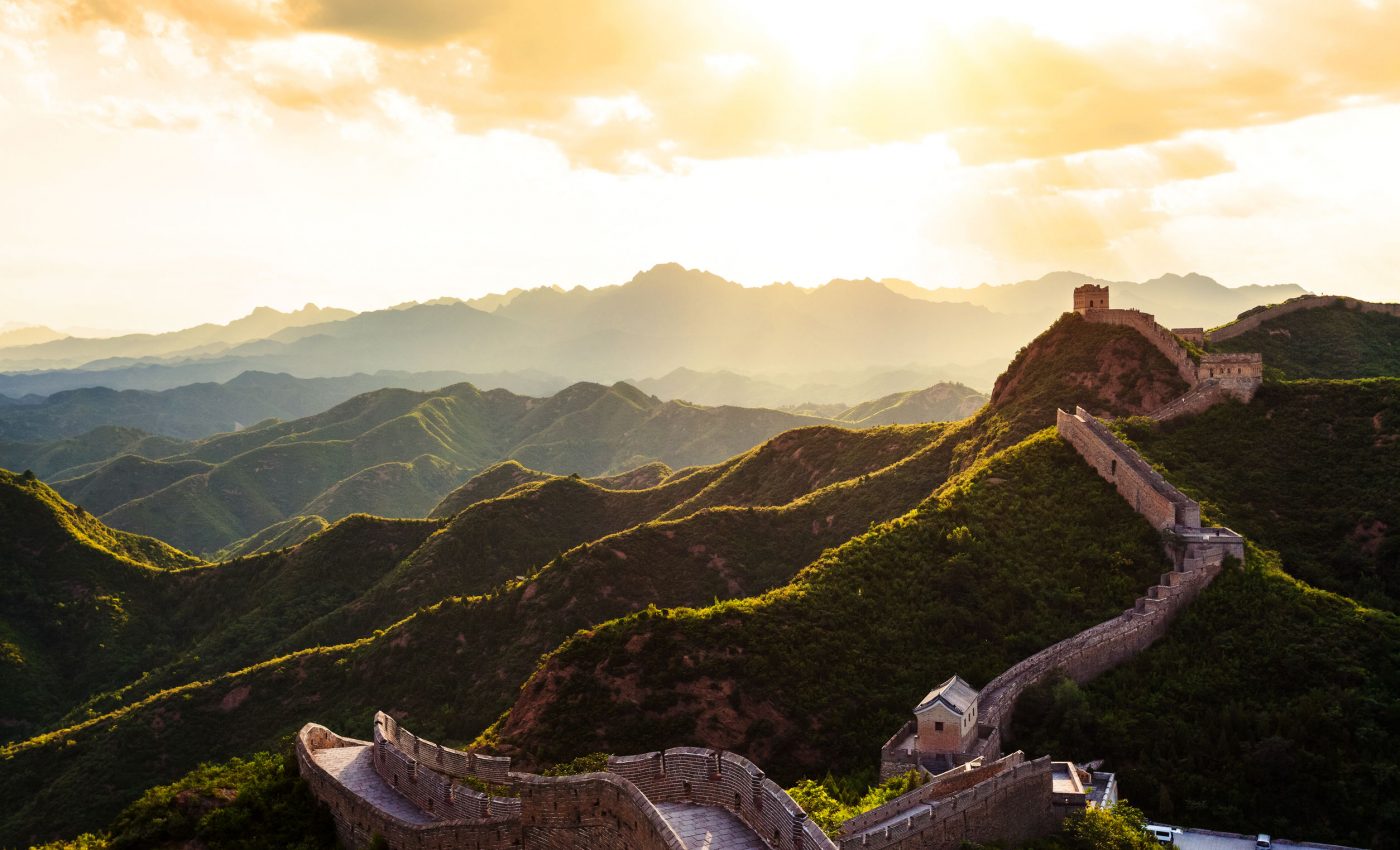 The Great Wall of China and Inner Mongolia are featured in this image photographed by Expedition 10 Commander Leroy Chiao on the International Space Station.

Therefore despite myths to the contrary, the wall isn’t visible from the moon. Also it is difficult or impossible to see from Earth orbit without the high-powered lenses used for this photo.

The Great Wall of China is a series of fortifications made of stone, brick, tamped earth, wood, and other materials, generally built along an east-to-west line across the historical northern borders of China to protect the Chinese states and empires against the raids and invasions of the various nomadic groups of the Eurasian Steppe with an eye to expansion. Several walls were being built from as early as the 7th century BC; these were later joined together and made bigger by Qin Shi Huang (220–206 BC), the first Emperor of China. Little of that wall remains. Later on, many successive dynasties have repaired, maintained, and newly