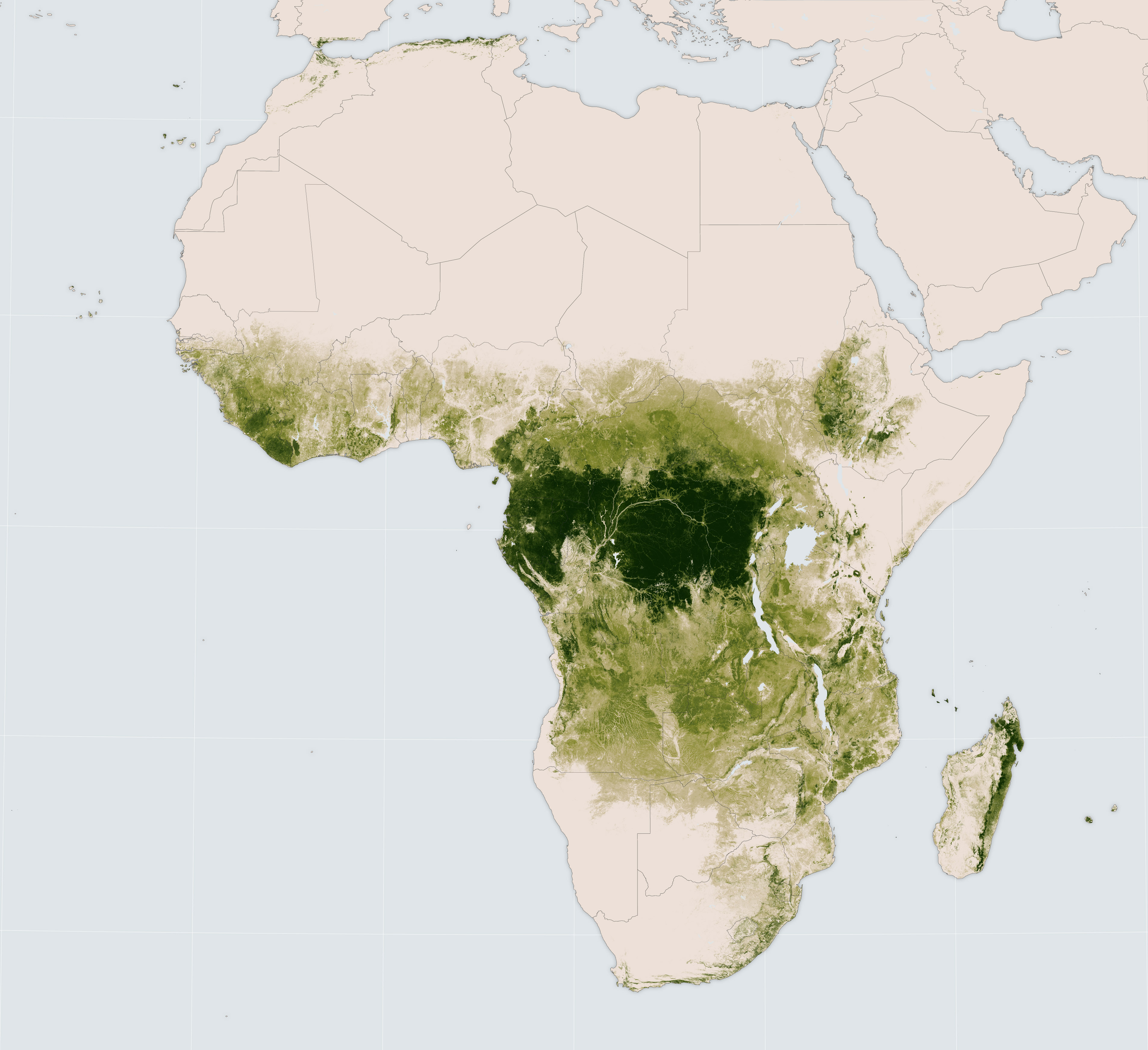 Today’s Image of the Day comes courtesy of the NASA Earth Observatory and features a look at what is known as the green heart of Africa. This region is located in Nyungwe Forest National Park in Rwanda and is known for its tall trees and dense rainforests, an exciting burst of lush vegetation in an otherwise dry continent.

The dark green region in the center shows the thick rainforest that stretches across Africa’s equatorial region. According to the International Institute for Sustainable Development, Nyungwe receives up to 70% of Rwanda’s rainfall. As such, the green heart of Africa is able to sustain vegetation that take decades to mature, including tall mahogany and ebony trees, along with a vast variety of animal wildlife.

While its natural resources are certainly breathtaking, the green heart is also relatively densely populated, with about 460 people per square kilometer.

The image was created by researchers from the University of Maryland based off computer models and satellite data from IceSat, Landsat 7, and Landsat 8. The research was included in a paper published in the journal Remote Sensing of Environment.