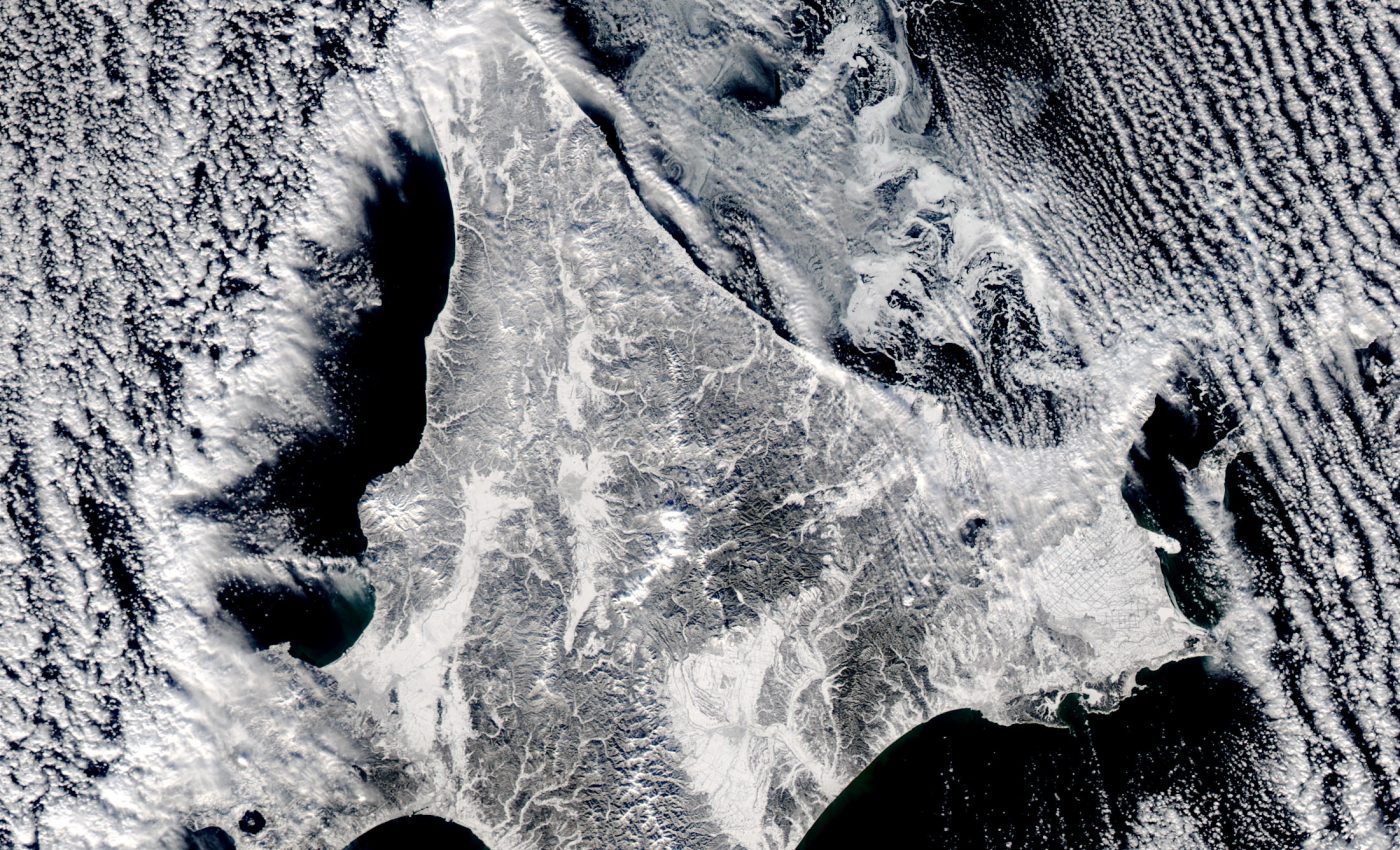 This stunning true-color image shows clouds surrounding Hokkaido Island. Japan northern Japan’s snow-dusted Hokkaido Island in between the black waters of two seas and an ocean. Therefore Hokkaido Island is home to the city of Sapporo, which is located on the lower western side near where the island’s tail begins to curve south toward the main island of Japan. Also  (middle lower left) not far from the Ishikari-wan, the north-facing bay that has a streak of clouds moving horizontally across it.

Hokkaido’s northern point reaches toward the Russian island of Sakhalin (top center). Therefore while the eastern point stretches toward the Kuril Islands, a volcanic chain that eventually connects to the Russian Kamchatka Peninsula. Between Hokkaido’s northern and eastern points lies the southern reaches of the Sea of Okhotsk (upper right), while the northern and southern points lie along the Sea of Japan. From its southern to eastern point, the Pacific Ocean laps at Hokkaido’s shores. This Aqua MODIS image was acquired January 15, 2003.

The Tsugaru Strait separates Hokkaido from Honshu. It was formerly known as Ezo, Yezo, Yeso, or Yesso. The two islands are connected by the undersea railway Seikan Tunnel. The largest city on Hokkaido is its capital, Sapporo, which is also its only ordinance-designated city. About 43 kilometres north of Hokkaido lies Sakhalin Island, Russia. To its east and northeast are the disputed Kuril Islands. 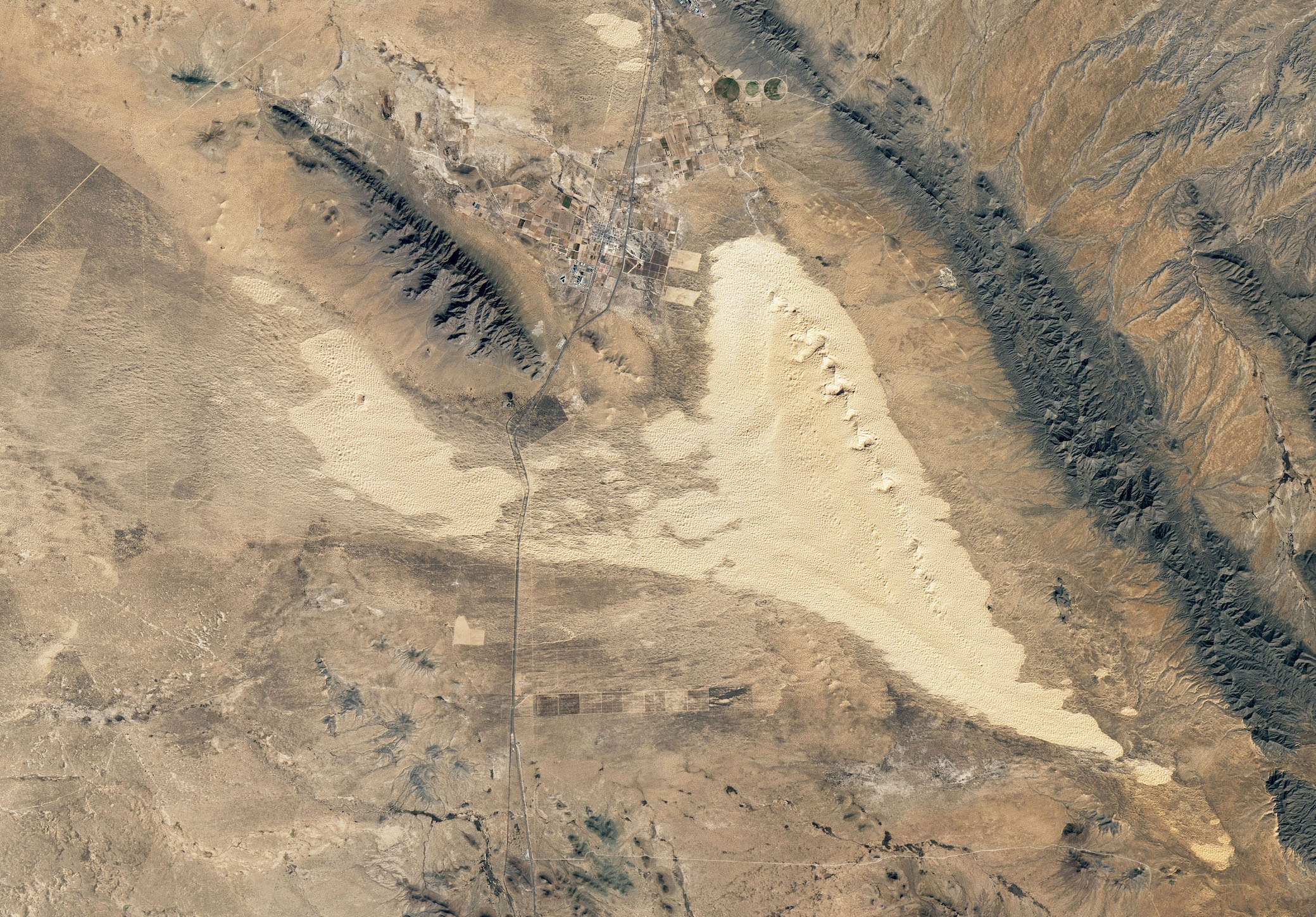