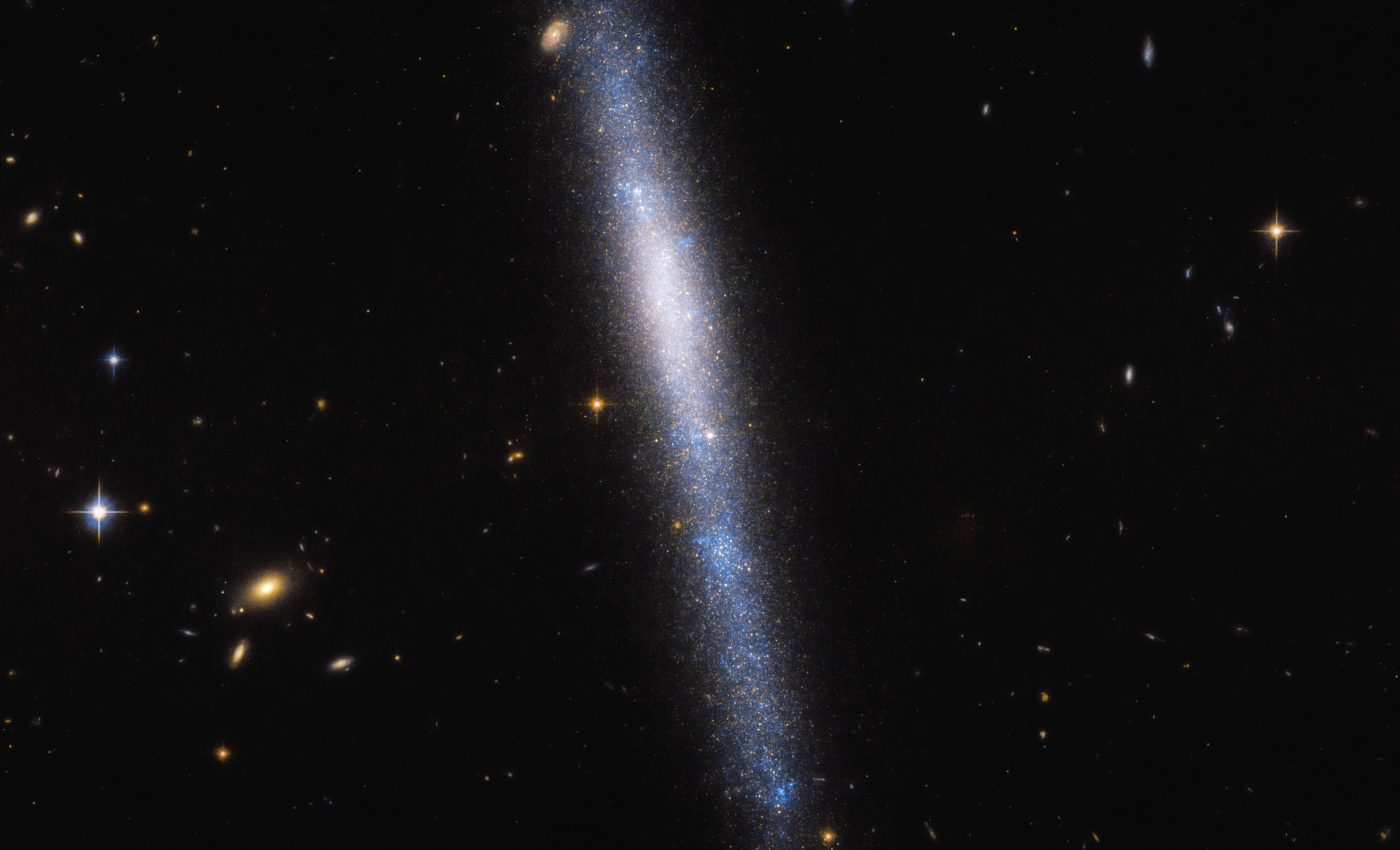 According to the ESA, the galaxy appears to host many young stars, especially in its lower portion. This creates the illusion of a cascading waterfall of stars.

Cooler stars appear to the human eye to be more red in color, while hotter stars appear blue. The blue colors of UGCA 193 represent extremely hot stars, including some that are more than six times hotter than the Sun. Hot blue stars illuminate the galaxy UGCA 193

The mass, surface temperature, and color of a star are linked. Heavier stars can heat up to higher temperatures, which gives them a burning blue glow from their surface.

The image was captured by the NASA/ESA Hubble Space Telescope.NASA was established in 1958, succeeding the National Advisory Committee for Aeronautics (NACA). The new agency was to have a distinctly civilian orientation, encouraging peaceful applications in space science. Since its establishment, most US space exploration efforts have been led by NASA, including the Apollo Moon landing missions, the Skylab space station, and later the Space Shuttle. NASA is supporting the International Space Station and is overseeing the development of the Orion spacecraft, the Space Launch System, and Commercial Crew vehicles. The agency is also responsible for the Launch Services Program, which provides oversight of launch operations and countdown management for uncrewed NASA launches.