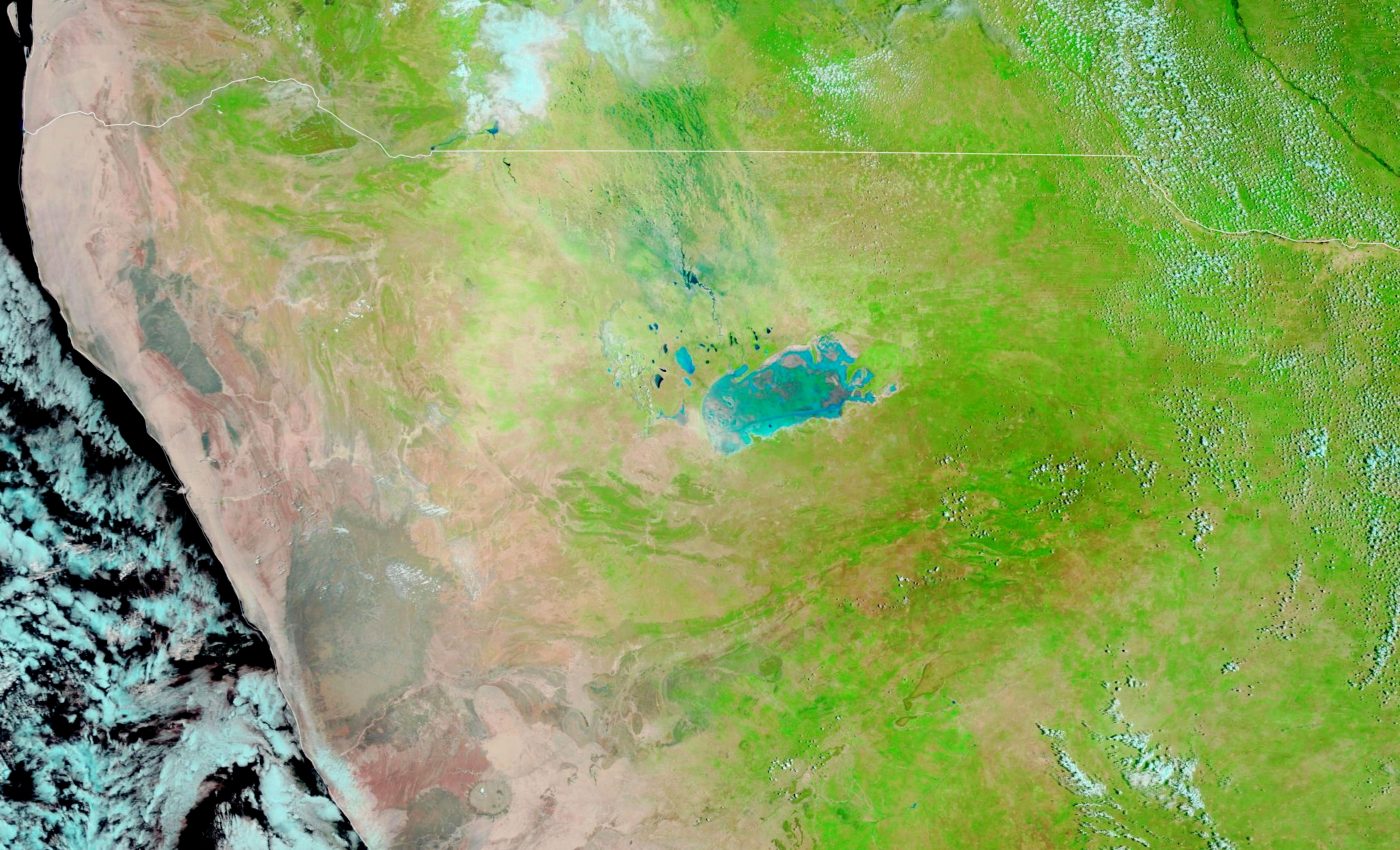 After an average of 18 inches of precipitation during the rainy season, streams and watering holes are replenished and brown grasslands turn green.

According to NASA, pools of water sometimes accumulate that are big enough to cover a flat basin with a layer that extends across the park for thousands of square kilometers.

The water in this photograph varies in color from electric blue to navy, with darker shades indicating deeper water. Vegetation appears green, while the orange areas represent burn scars from recent fires.

Unusually dry weather left the Etosha Pan without water in December of 2019. However, just two months later, the rains returned.

Etosha National Park supports large populations of elephants, lions, rhinos, and other exotic animals that are easy to spot during the dry season, when they must come out of hiding to visit the shrinking watering holes.

The image was captured on January 17, 2020 by the Moderate Resolution Imaging Spectroradiometer (MODIS) on NASA’s Terra satellite.