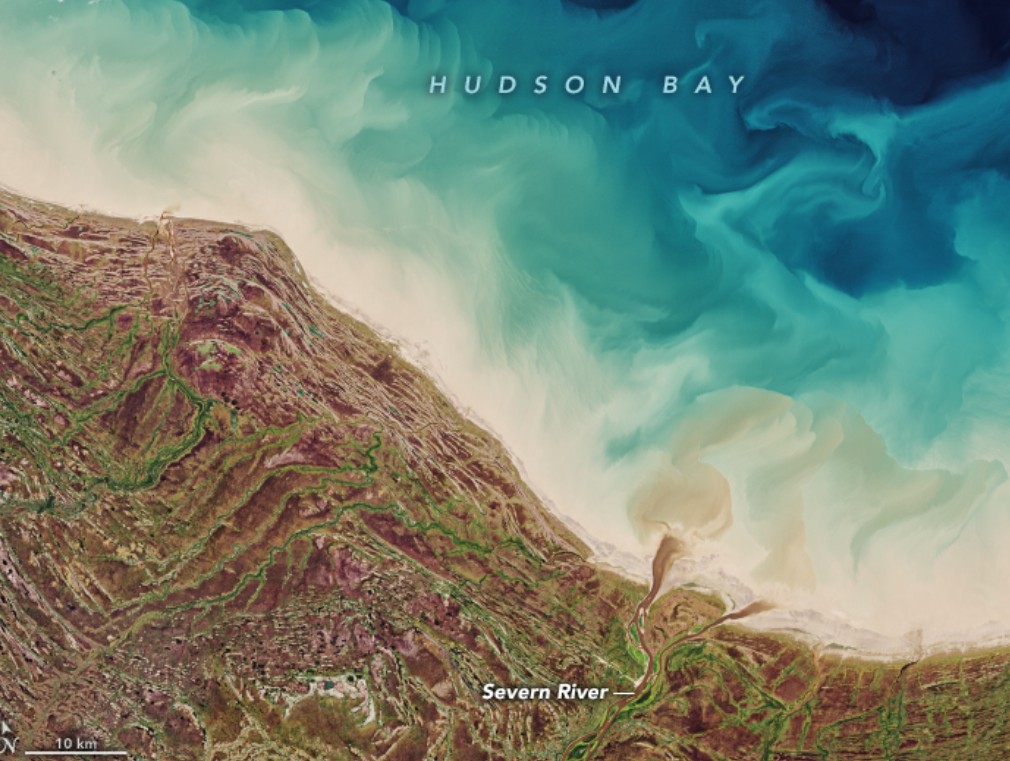 Today’s Image of the Day from NASA Earth Observatory features a late summer view of Hudson Bay, which is located in northeastern Canada just south of the Arctic Circle. The photo shows the southern side of the ocean inlet, where it is bordered by Ontario.

The Hudson Bay receives fresh water from more than 40 major rivers. As sediment and dissolved organic matter mix in from various types of ecosystems, the color of the bay’s salty water is changed.

The image captures a brown sediment plume around Partridge Island that was carried in by the Severn River.

The photo was taken on September 19, 2020 by the Operational Land Imager (OLI) on Landsat 8.