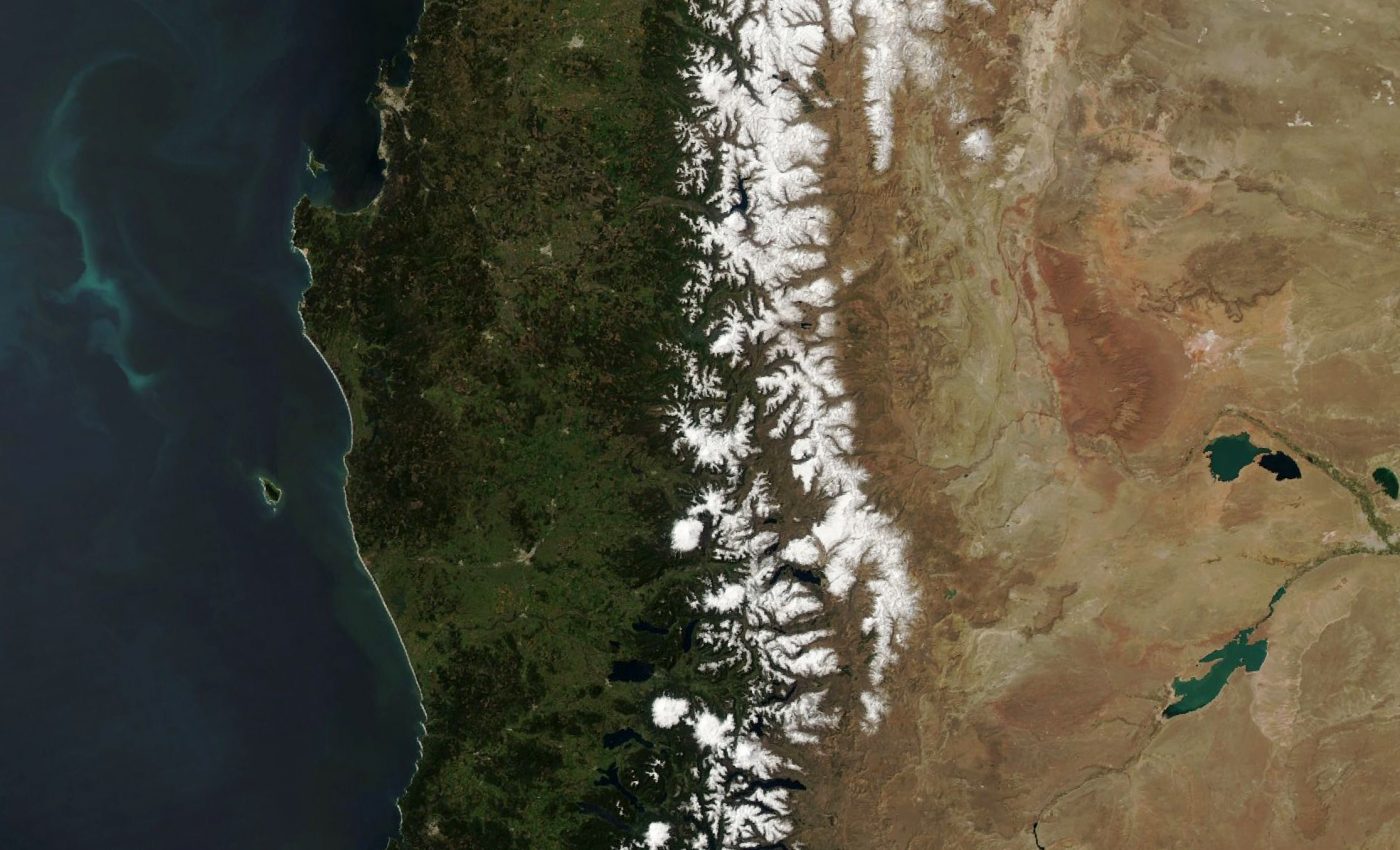 Today’s Image of the Day from NASA Earth Observatory features early springtime in the central Andes mountains of South America.

In September and October, the snow begins to melt and transforms into a primary water source for major rivers, which provide water to nearby towns for drinking, agriculture, and hydroelectric power.

The Andes stretch out across seven countries along the western coast of South America. This photograph shows about 400 miles of the mountain range in Chile and Argentina.

The image was captured on October 11, 2020 by the Moderate Resolution Imaging Spectroradiometer (MODIS) on NASA’s Terra satellite.