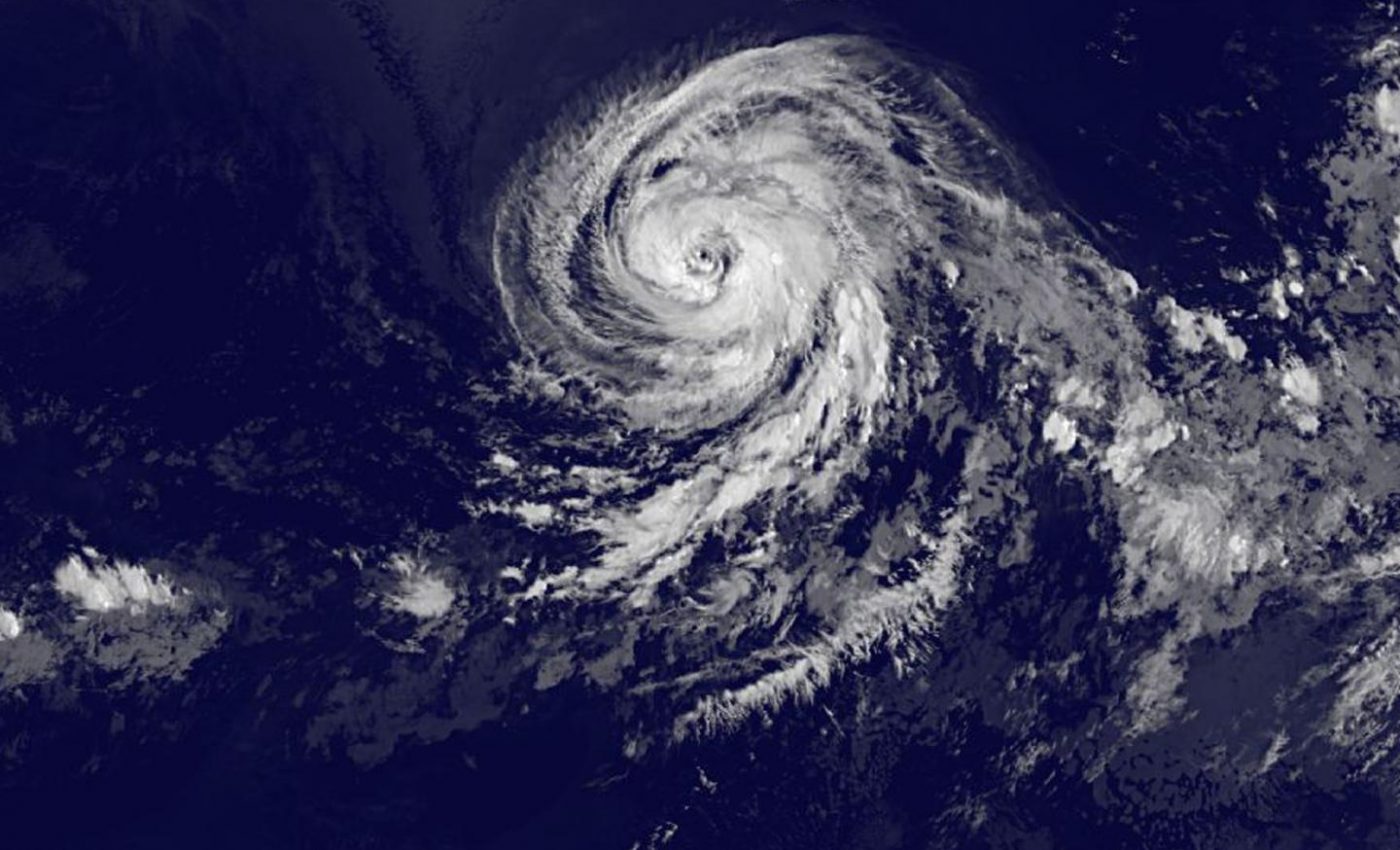 The image above shows Tropical Storm, Hurricane Celia on July 21, 2004, in visible light, as you would perceive it from space. Located in the eastern north Pacific Ocean off the coast of Mexico, Celia has a small eye with an 80-90 percent closed eyewall. Celia briefly reached hurricane status on July 22 when sustained winds reached 75 miles per hour and gusts reached 92 mph, making it the first hurricane of the eastern north Pacific season.
This image was acquired by the Atmospheric Infrared Sounder (AIRS). The Atmospheric Infrared Sounder Experiment, with its visible, infrared, and microwave detectors, provides a three-dimensional look at Earth’s weather. Working in tandem, the three instruments can make simultaneous observations all the way down to the Earth’s surface, even in the presence of heavy clouds. With more than 2,000 channels sensing different regions of the atmosphere, the system creates a global, 3-D map of atmospheric temperature and humidity and provides information on clouds, greenhouse gases, and many other atmospheric phenomena. The AIRS Infrared Sounder Experiment flies onboard NASA’s Aqua spacecraft. For more images and information about Hurricane Celia, please visit the AIRS web site. Also Hurricane Celia caused great damage.