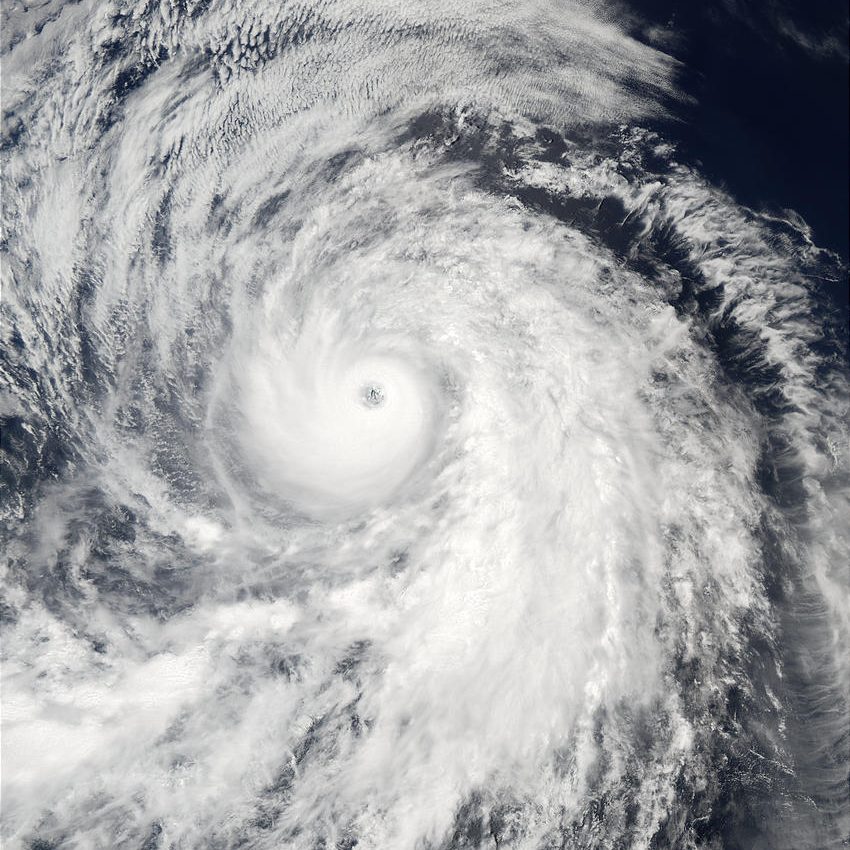 Hurricane Fausto began in the eastern Pacific Ocean west of Mexico on August 21, 2002. Therefore this storm reached Category 4. This  hurricane status on August 24 before weakening as it moved westward. This image of the storm was acquired by the Moderate Resolution Imaging Spectroradiometer. (MODIS) The Aqua satellite on August 24, 2002.

Hurricane Fausto was a Pacific hurricane that caused light damage to Baja California Sur  in September 1996. Although On September 10, a tropical depression developed a short distance south-southeast of the Mexican Riviera. Also Slowly intensifying, Fuasto paralleled the coastline. It became a hurricane on September 12, and after briefly reaching major hurricane intensity, increasing wind shear resulted in a weakening trend. It moved ashore Baja California Sur on September 13 as minimal hurricane, and struck the mainland the next day. On September 15, the tropical cyclone was no more. While 15 in (380 mm) of rain was recorded, only one person was killed and damage was ligh