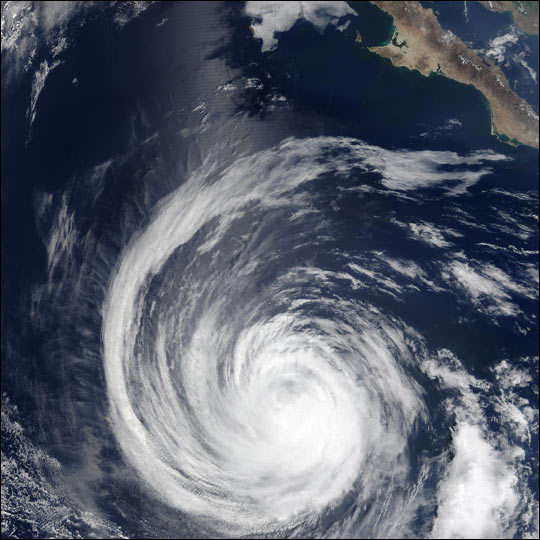 This true-color image of Hurricane Hernan off of Baja California was captured on September 1, 2002. Pic  by the Moderate Resolution Imaging Spectroradiometer (MODIS), flying aboard NASAs Aqua spacecraft. Therefore Hernan peaked on Sunday, September 1 as a Category 5 hurricane with winds of 160 miles. There is the only hurricane to reach Category 5 status out of a total of six hurricanes to occur so far this season in the eastern Pacific.

Therefore This hurricane was fourth and final tropical cyclone to strike Mexico. And at an intensity during the 1996 Pacific hurricane season. The thirteenth tropical cyclone, eighth named storm, and fifth hurricane of the season, Hernan developed as a tropical depression from a tropical wave to the south of Mexico on September 30.