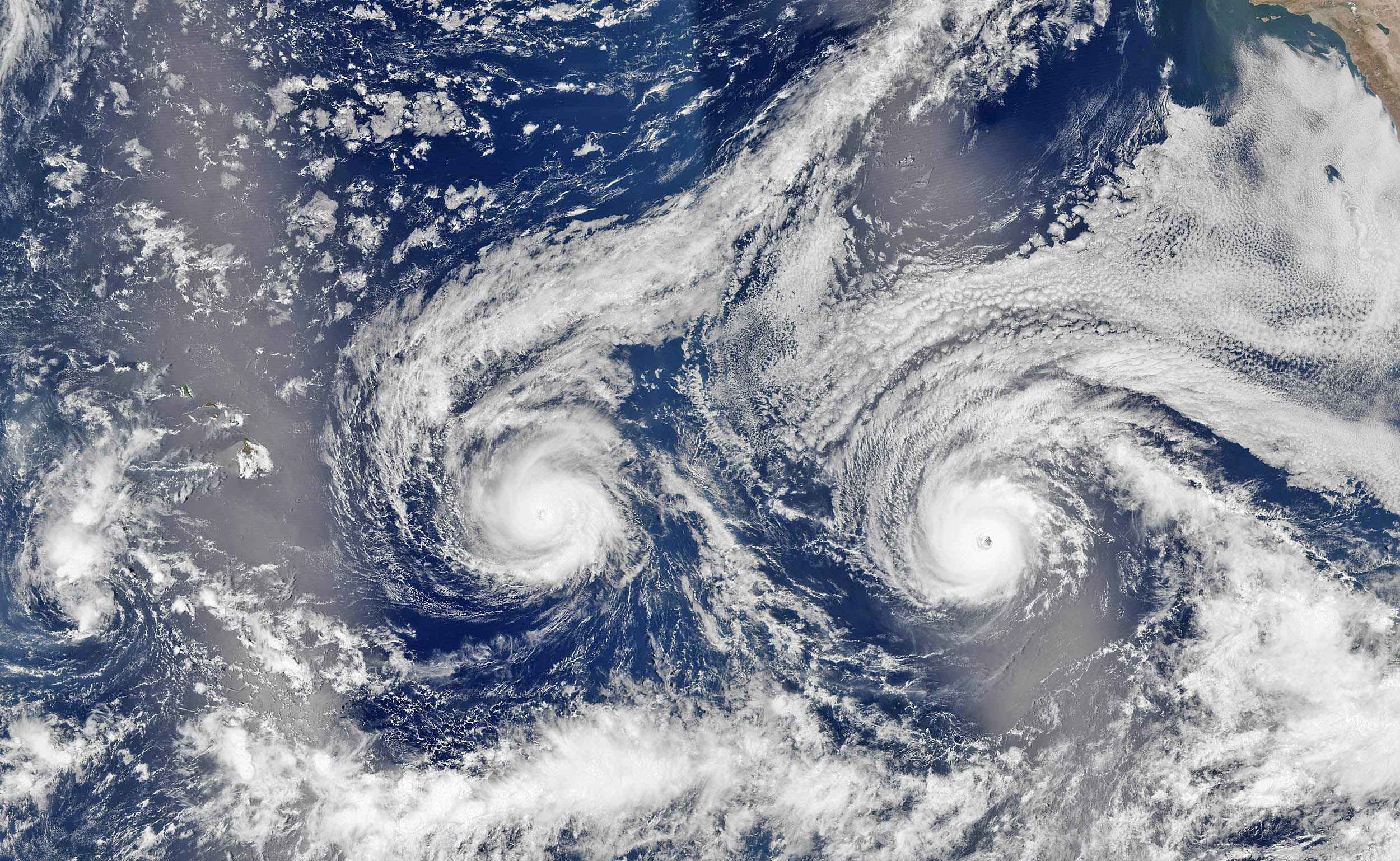 Hurricane Madeline and Hurricane Lester were both hovering between category 3 and 4 storms. The bright streaks across the ocean surface (crossing Hawaii and Lester) are areas of sunglint, where sunlight reflected directly back at the VIIRS imager.

Hurricane Madeline was the final tropical cyclone of the 1998 Pacific hurricane season. Madeline originated from a tropical wave that emerged off the coast of Africa on September 25, 1998. The wave traversed the Atlantic Ocean and crossed over Central America on October 5 or 6. Gradually, the system intensified and was classified as a tropical depression on October 16, a tropical storm later that day, and a hurricane on October 17. Also Hurricane Madeline and Hurricane Lester was one of the largest hurricanes combined causing massive damage and destruction.

The storm reached peak winds of 85 mph (137 km/h) about 95 miles (153 km) southwest of San Blas, Nayarit, and after 18 hours it subsequently began to weaken. Although Madeline never made landfall, numerous rainbands affected the Mexican coast causing no known damage or fatalities. The remnant moisture moved north and contributed to flooding in central Texas, which killed 31 people and caused $750 million (1998 USD) in damage. NASA’s view.