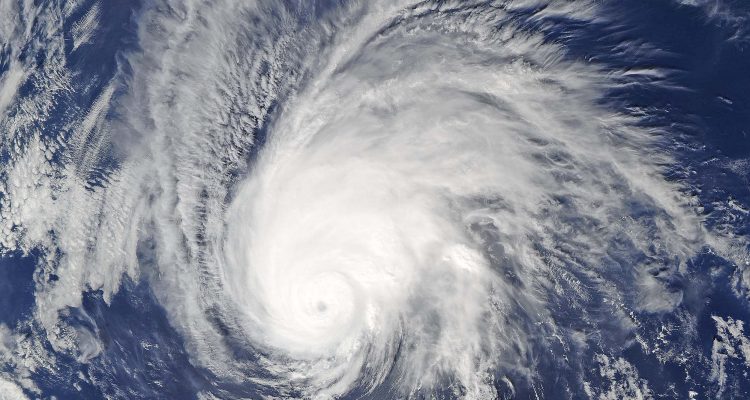 On October 26 at 5:20 p.m. EDT the Moderate Resolution Imaging Spectroradiometer (MODIS) aboard NASA’s Aqua satellite captured a true-color image of Hurricane Seymour circulating over the eastern Pacific Ocean. Seymour carried maximum sustained winds of 125 mph, which were substantially weaker that the peak sustained winds of 150 mph reached on the evening of October 25.  Hurricane Seymour was rapidly weakening, but the image showed that the eye of the storm had become cloud-filled with the convection bands becoming asymmetric. This is typical of a weakening storm.

At 5 a.m. EDT  on Thursday, October 27 the center of Hurricane Seymour was located near 19.5 degrees north latitude and 122.1 degrees west longitude. Seymour remained far from land and was centered about 820 miles west-southwest of the southern tip of Baja California, Mexico.

Seymour began as Tropical Depression 20E, which formed about 400 miles south of Manzanillo, Mexico on October 23. It quickly intensified to hurricane status, then became the strongest hurricane of the 2016 Pacific season. By October 26, the storm was weakening almost as soon as it had strengthened. The National Hurricane Center (NHC) issued its final advisory on Seymour on the morning of October 28 as it became a post-tropical system about 820 miles west of the southern tip of Baja California.