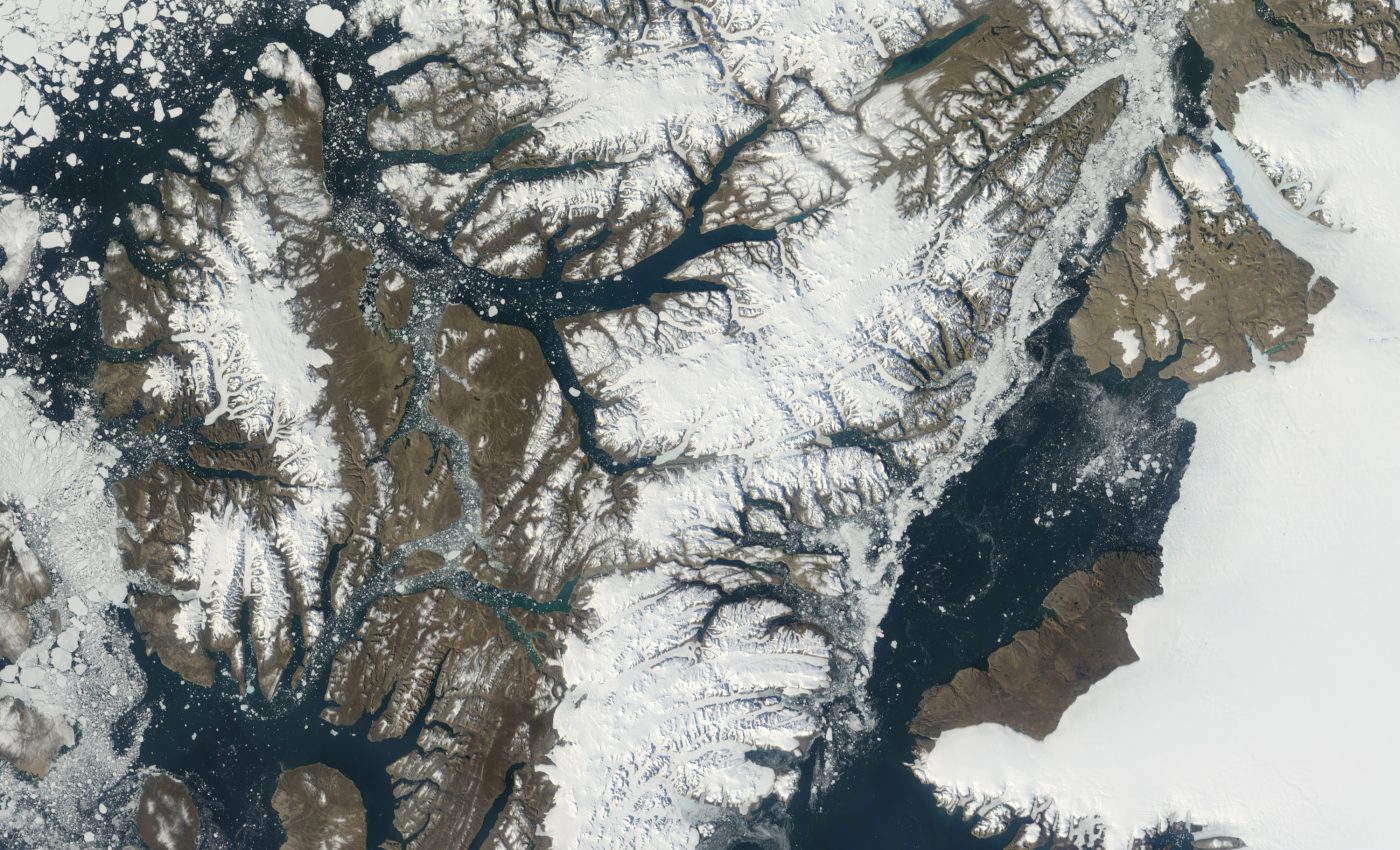 Ice Shelves Retreat on Ellesmere Island. Prior to July 2008, only five ice shelves remained in the Canadian Arctic: Serson, Petersen, Milne, Ward Hunt, and Markham. With an estimated age of 4,500 years, these ice shelves were the remnants of a once-massive “glacial fringe” that explorer Robert Peary witnessed in his trek along the Ellesmere Island coast in the early twentieth century. In July 2008, these shelves began disintegrating rapidly. By late August, Ellesmere ice shelves had lost a total of 214 square kilometers (83 square miles). A research team led by Derek Mueller at Trent University, and Luke Copland at the University of Ottawa, documented the ice shelves’ retreats through satellite images and photos.

The Moderate Resolution Imaging Spectroradiometer (MODIS) on NASA’s Aqua satellite captured the top image of Ellesmere Island on July 22, 2008. MODIS on the Terra satellite captured the bottom image on August 29, 2008. The Arctic Ocean is in the top of the images, largely covered by a mosaic of sea ice. Bare ground is brown, snow and ice-covered land is white, the glaciers feeding the ice shelves are white or grayish-white, and open water is deep blue. Shadows appear longer in the August image due to seasonal changes in the angle of sunlight.

Between July and August, the Serson and Ward Hunt Ice Shelves lost ice, and the Markham Ice Shelf disintegrated completely. (The Ayles Ice Shelf disintegrated in 2005.) The thin line of open water between the ice shelves and the sea ice on July 22 widens dramatically during the interval, as the sea thinned and retreated north. It also appears to have snowed, as the coastal areas of the island are dusted with more white in August than they were in late July.