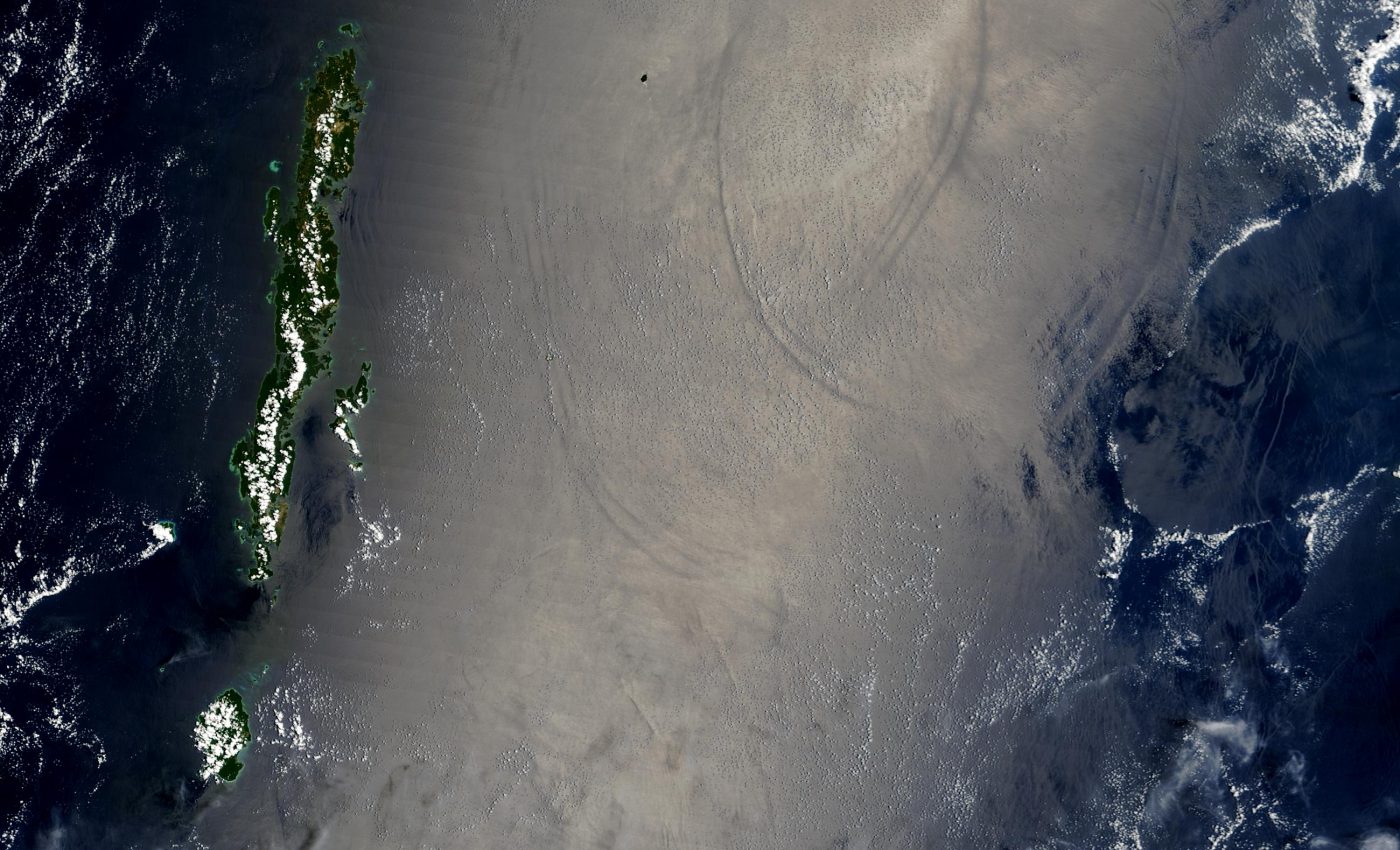 At the boundary between the Gulf of Oman and the Indian Sea, internal waves abound. As their name suggests, internal waves occur not at the water’s surface, but underneath. They actually occur at the boundary between two layers of water with differing densities. When the lower, denser layer encounters an obstacle, such as a shelf, movement over and around it causes undulations (waves) at the boundary. These waves aren’t usually visible from sea level, but they reflect light like any other wave, which makes it possible to see them from high altitudes.
This true-color Aqua MODIS image was acquired on August 27, 2003. The large land-mass to the west is the northeastern point of Somalia, while the islands are part of Yemen.

Somalia has an estimated population of around 14.3 million, and has been described as the most culturally homogeneous country in Africa. Around 85% of its residents are ethnic Somalis, who have historically inhabited the northern part of the country. Ethnic minorities are largely concentrated in the southern regions. The official languages of Somalia are Somali and Arabic. Most people in the country are Muslims,the majority of which belong to the Sunni sect of Islam