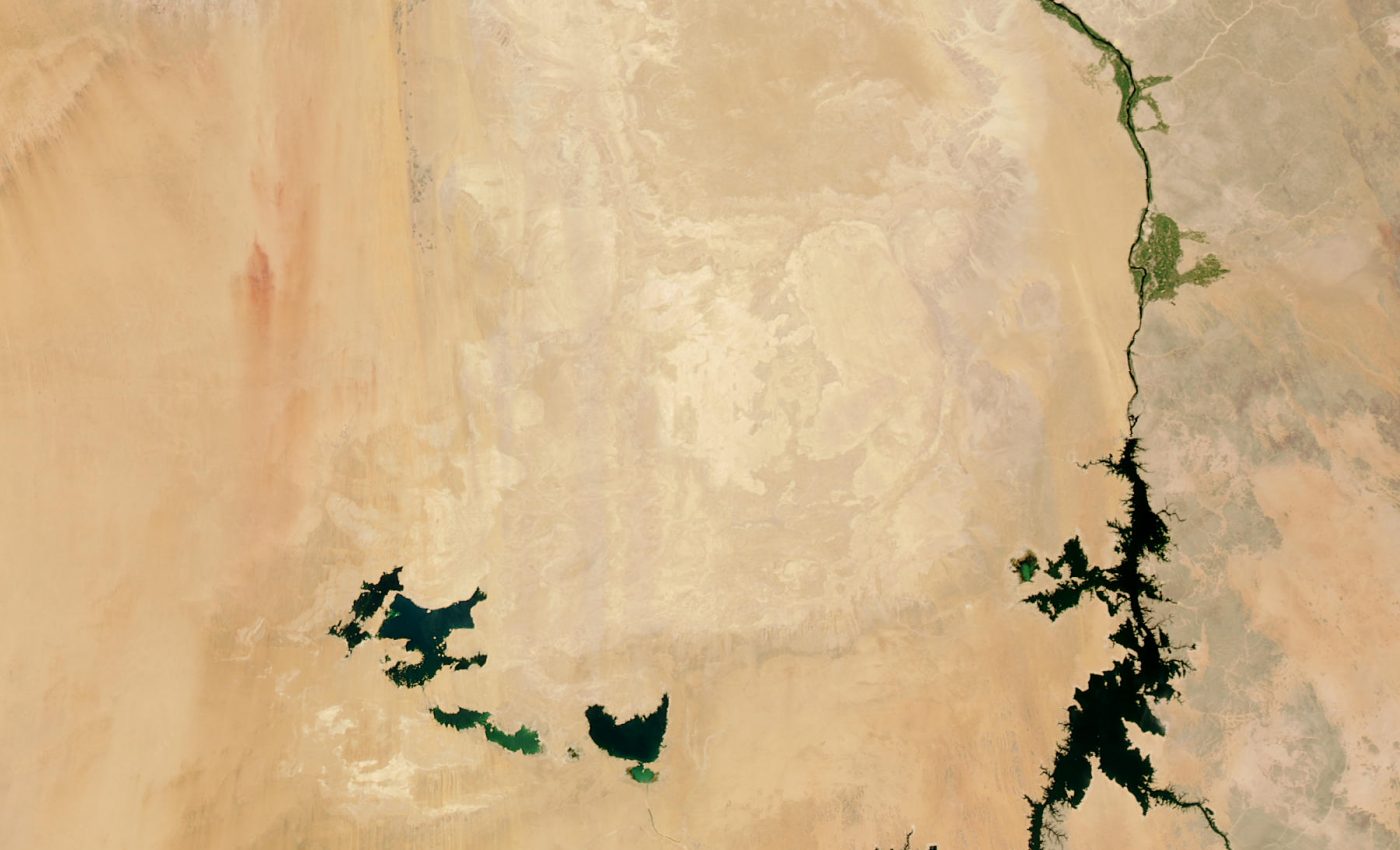 Lake Nasser and Toshka Lakes, Egypt. A verdant green stripe marks out the banks of the Nile River in southern Egypt. Near Egypt’s southern border with Sudan, the Aswan dam blocks the river, making it swell into Lake Nasser. To the left are the Toshka Lakes. The Moderate Resolution Imaging Spectroradiometer (MODIS) on the Aqua satellite captured this image on August 29, 2003.

Egypt has one of the longest histories of any country. Although tracing its heritage back to the 6th–4th millennia BCE. Considered a cradle of civilisation, Ancient Egypt saw some of the earliest developments of writing, agriculture, urbanisation, organised religion and central government. Iconic monuments such as the Giza Necropolis and its Great Sphinx, as well the ruins of Memphis, Thebes, Karnak, and the Valley of the Kings, reflect this legacy and remain a significant focus of scientific and popular interest. Egypt’s long and rich cultural heritage is an integral part of its national identity, which has endured, and often assimilated, various foreign influences, including Greek, Persian, Roman, Arab, Ottoman Turkish, and Nubian. Egypt was an early and important centre of Christianity, but was largely Islamised in the seventh century and remains a predominantly Muslim country, albeit with a significant Christian minority.