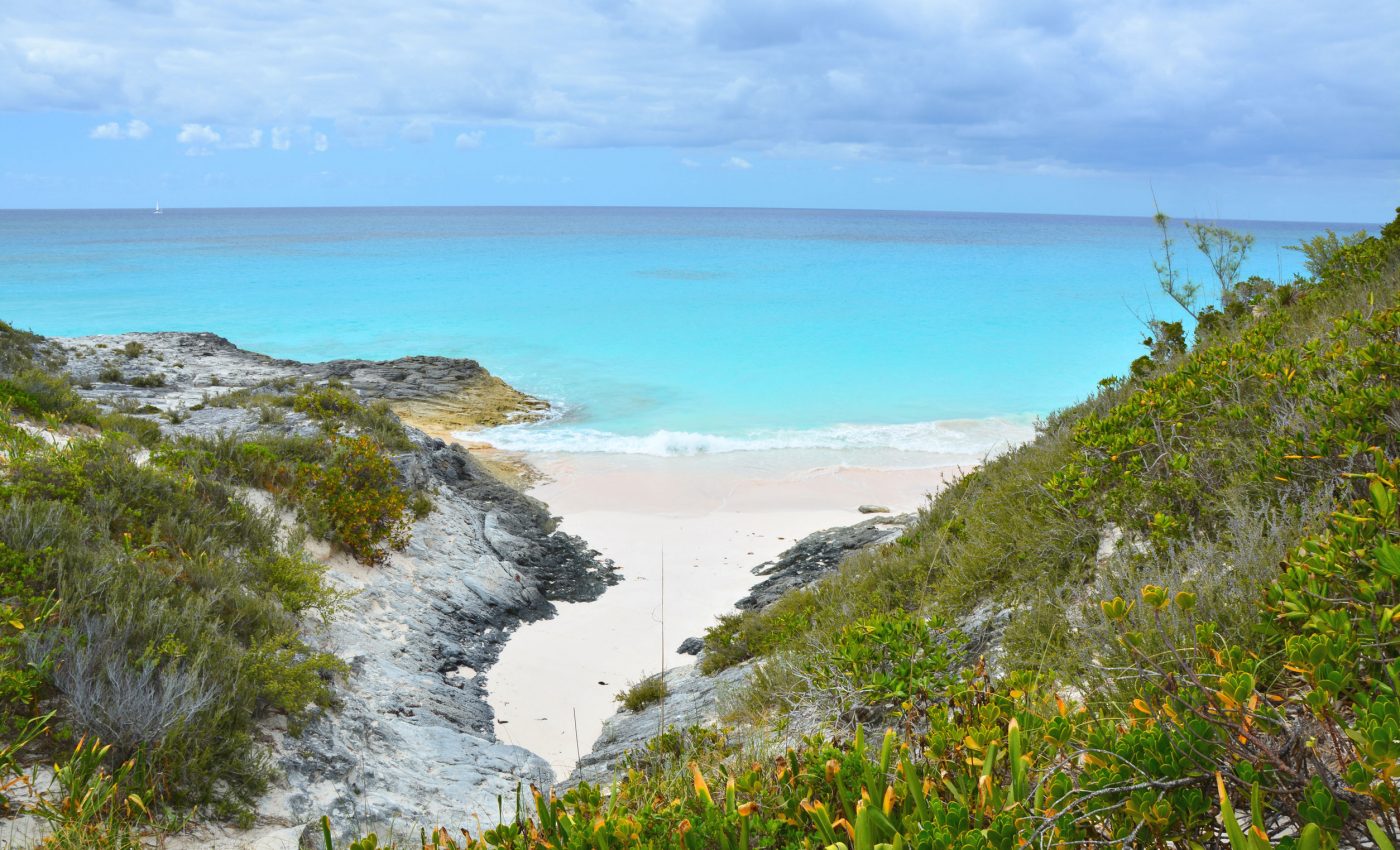 The south island beauty end of Eleuthera Island in the Bahamas shimmers in turquoise waters in this 2002 photo from the International Space Station.

Eleuthera refers both to a single island in the archipelagic state of The Commonwealth of the Bahamas and to its associated group of smaller islands. Also Eleuthera forms a part of the Great Bahama Bank. The island of Eleuthera incorporates the smaller Harbour Island. “Eleuthera” derives from the feminine Greek adjective, meaning “free”. Known in the 17th century as Cigateo, it lies 80 km (50 miles) east of Nassau. It is long and thin—180 km (110 miles) long and in places little more than 1.6 km (1.0 mile) wide. Its eastern side faces the Atlantic Ocean, and its western side faces the Great Bahama Bank. The topography of the island varies from wide rolling pink sand beaches to large outcrops of ancient coral reefs, and its population is approximately 11,000. The principal economy of the island is tourism.