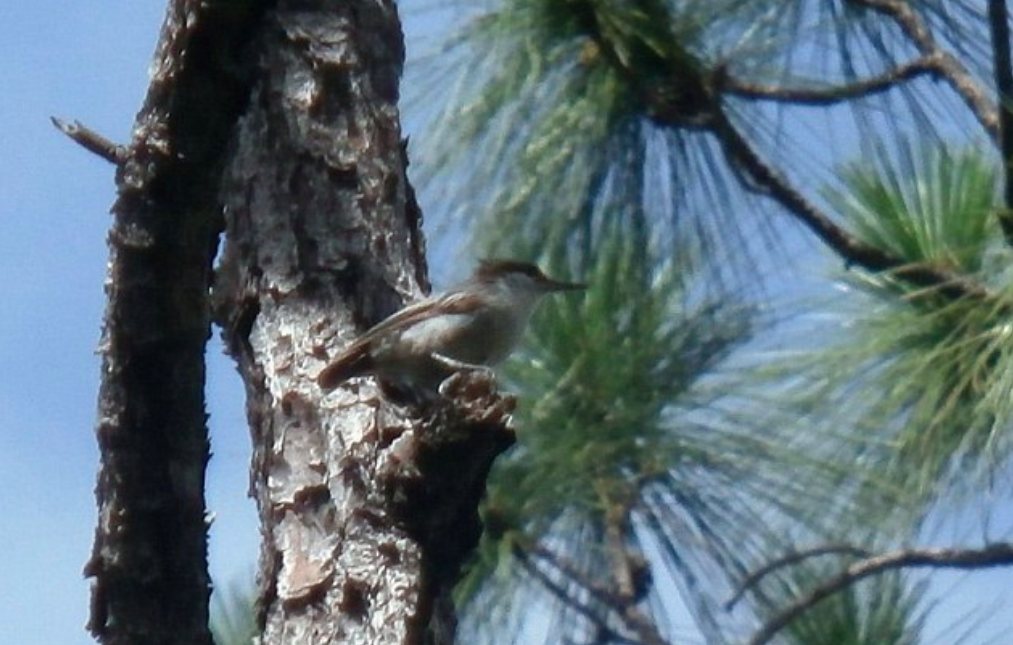 Rare bird thought to have gone extinct spotted in Bahamas

A rare bird that was thought to have been extinct was recently spotted in the Bahamas after an extensive search of Grand Bahama Island off the coast of Florida.

The Bahama nuthatch was one of the most endangered birds in the world. A lethal combination of habitat degradation, deforestation, tourist development, invasive species, and hurricane damage drove species decline to such an extent that there were just 23 birds remaining in 2007, down from 1,800 in 2004.

Hurricane Matthew in 2016 was thought to have wiped out the last remaining birds of the species.

However, after two years of no sightings, researchers from the University of East Anglia (UAE) undertook an extensive three-month search to catch a glimpse of the rare bird.

“Our researchers looked for the bird across 464 survey points in 34,000 hectares of pine forest. It must have been like looking for a needle in a haystack,” said Diana Bell, from UEA’s School of Biological Sciences. “They played out a recording of the bird’s distinctive call in order to attract it.”

The efforts paid off with a sighting of the bird on the island as well as a visual recording of the Bahama nuthatch flying around.

There may be only two left in the entire world, as another search conducted by students led by Loma Linda University in California claimed to have spotted two nuthatches together on the same island.

“During three months of intensive searching, we made six Bahama nuthatch sightings. Our search was extremely thorough but we never saw two birds together, so we had thought there might only be one left in existence,” Matthew Gardner of UAE told the Daily Mail. “The other team have claimed to see two together so that is promising. However, these findings place the species on the verge of extinction and certainly amongst the world’s most critically endangered birds.”

There are still many unknowns even though the sightings bring some hope that the species is still part of the island’s ecosystem.

The researchers don’t know the sex of the birds and say that the birds likely won’t be able to be brought back from the brink.

Still, the researchers are committed to working to find potential ways to recover the birds.

“Although the Bahama nuthatch has declined precipitously, we are encouraged by the engagement of conservation scientists who are now looking for ways to save and recover the species,” Zeko McKenzie, who led the other team, told the Daily Mail.